The Prime Minister visits RBC to learn about the Aldworth Partnership

Prime Minister Theresa May took time out of her busy schedule to visit the School on Friday 15 February in order to learn about our student-led outreach programme, the 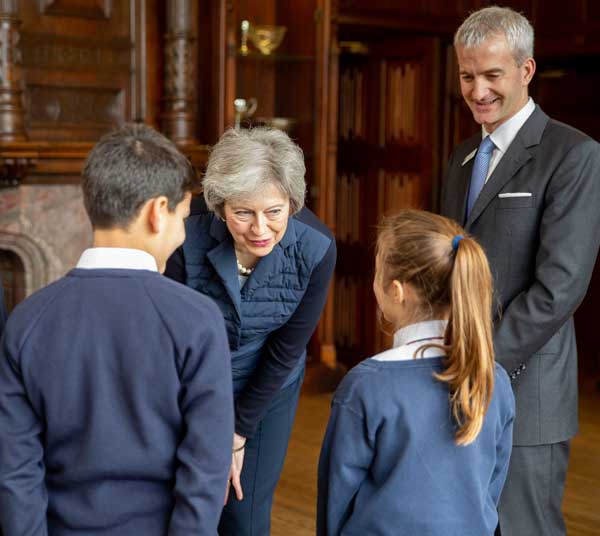 Aldworth Partnership. Headmaster Mr Elzinga; Chaplain Rev. James Stephenson, who helps run the partnership; four of the Senior Prefects leading the partnership; and teachers and pupils from three of the local primary schools with which RBC is partnered in the programme – Thameside Primary, Sonning Primary and Cranbury College – spent time talking about the transformational nature of the partnership.

Mr Elzinga commented: ‘It was heart-warming to hear the [primary school] pupils describe to the Prime Minister what they liked about their link with Blue Coat. They mentioned using our cross country course, swimming in our pool, and being taught languages, maths and sport by our pupils back at their own schools.’ 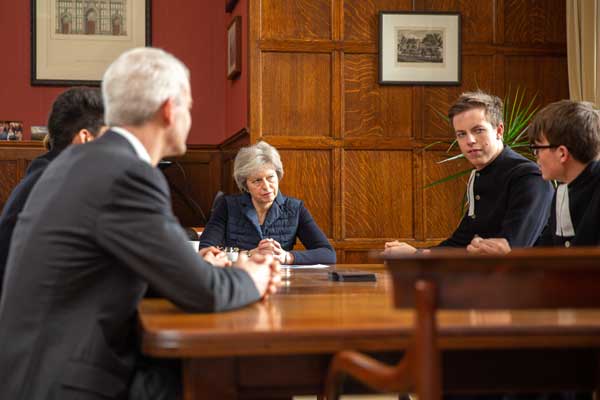 The Aldworth Partnership is an umbrella term for the outreach work that RBC undertakes. It is a student-led initiative to get every student involved in some way in community service, and thereby leave a legacy of service for future RBC students to follow. The philosophy underpinning the partnership is that the work is transformational, i.e. that both parties grow in character because of the relationship. The school raises money to support the Aldworth Partnership but that is secondary to the transformational work that the students and staff are engaged in.

The other local primary schools that are involved with the partnership include Rivermead and Highwood, and RBC Sixth Formers also run lunchtime tutor sessions at Loddon, St John’s, Hawkedon, Aldryngton and Crazies Hill.

According to Mr Elzinga: ‘We are not trying to tick a political box or to satisfy the charities commission; we build these partnerships because we are a community school that wants to support education, not just of our own pupils but also of the pupils in the wider area.’ 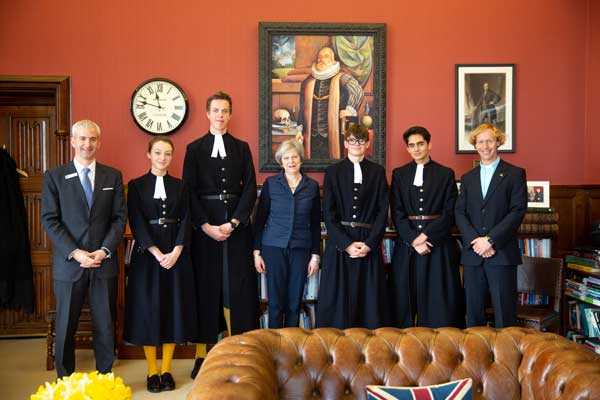 Four of our six Outreach Prefects – Head Boy Ben, Head Girl Kitty, and Senior Prefects Chris and Kristin – were able to discuss with the Prime Minister what exactly it is that they get out of being involved with the programme.

‘The Prime Minister wanted to know how it’s changed us…and what we get out of it, both as individuals and as a school’, Chris explained. Ben added: ‘.and she was very interested in how it affects both us and the primary school children’.

‘She was pleased that we find it fulfilling’, Kristin said. ‘She said that transformational relationships are good for mental health’.

Mrs May also wanted to know how the partnership has directly affected the school. ‘We’ve changed the timetable so we have more time to devote to the partnership’, Chris explained; Ben added: ‘and we’re also increasing the number of bursaries’. 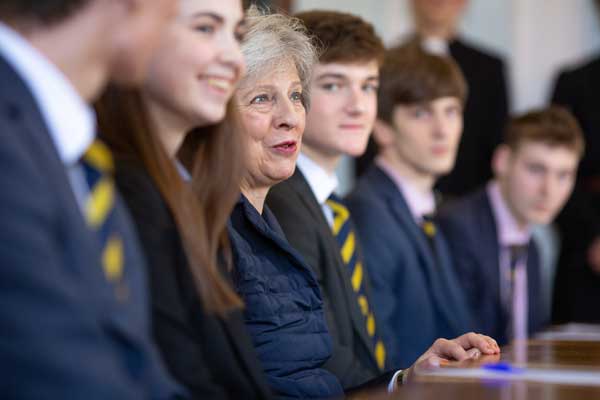 The Prime Minister then held a surprise PM Question Time with our Government and Politics students. 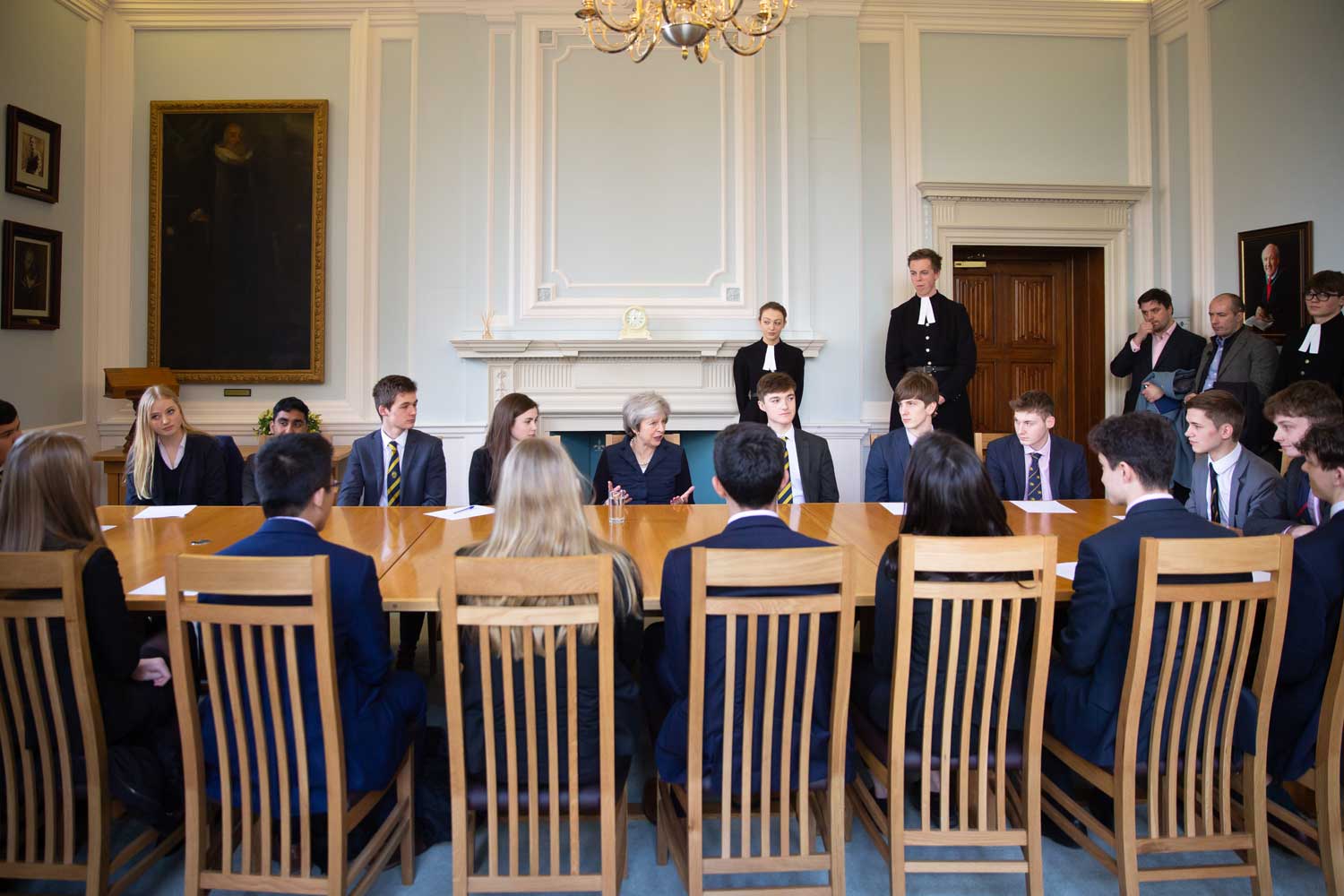 RBC hosts Berkshire Book Award event Grand Bugnotpest Hotel
Book an open event Apply online Keep exploring
We use cookies to ensure that we give you the best experience on our website. Click on the 'X' to accept our use of cookies, or 'Learn more' for more information. Learn more