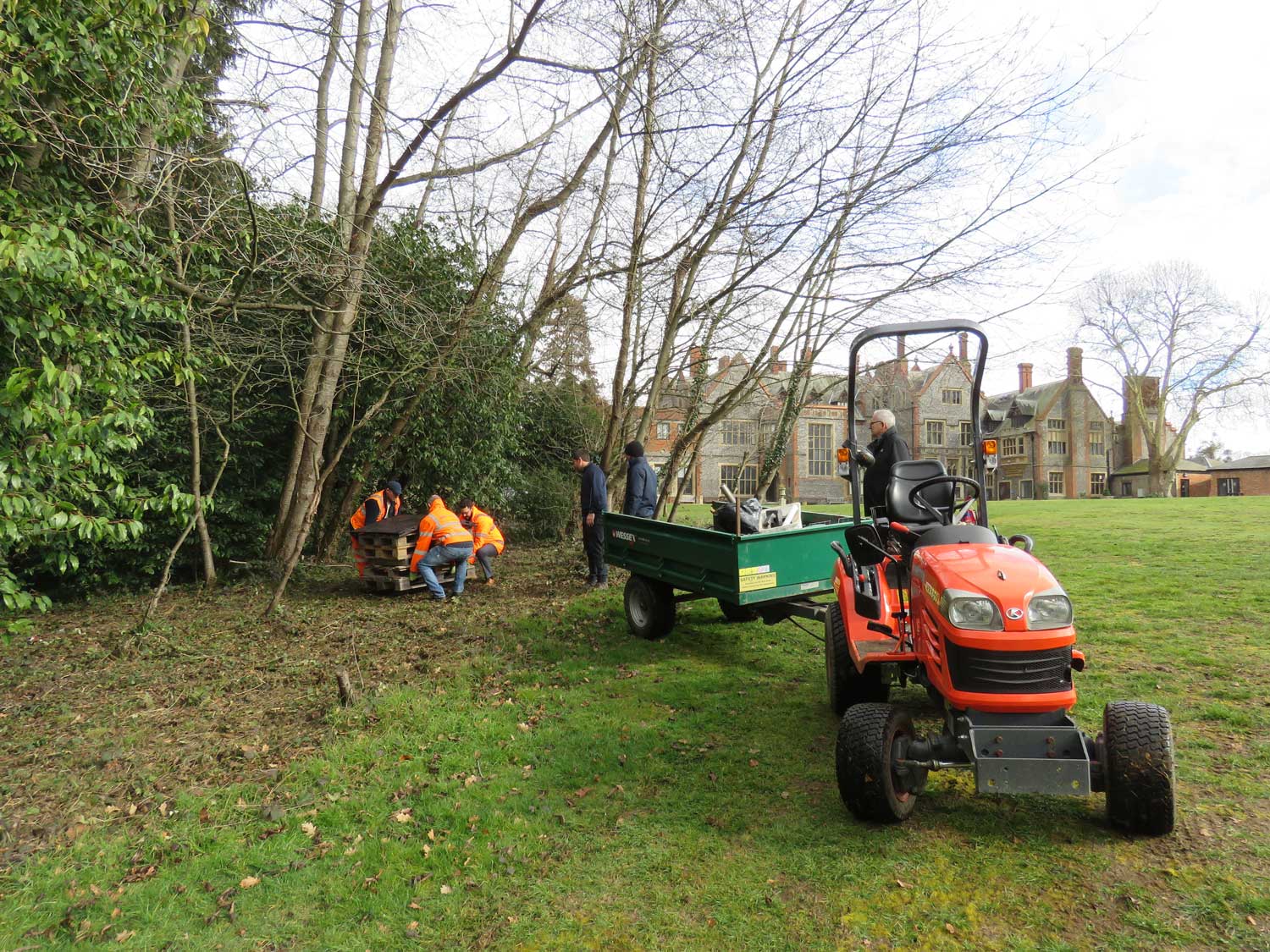 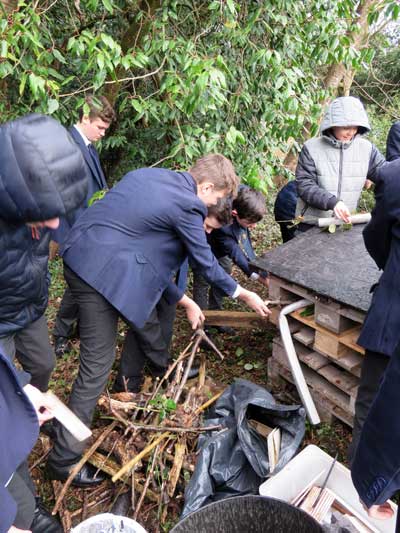 ernational infrastructure group, Balfour Beatty, has donated a ‘bug hotel’ to Reading Blue Coat. According to Balfour Beatty’s Health and Safety Manager, Matthew Herbert: ‘As part of our environmental and social responsibility programme, we are giving back to the communities around the railway tracks that the group has laid’.

The bug hotel – made from surplus materials at Balfour Beatty’s depot in Newport, Wales – was delivered by Matthew and his team, who – together with the Bursar and members of the RBC Grounds team – set up the structure at the top of the path leading down to the School’s Boat House.

Reading Blue Coat is the first school to benefit from the scheme. Head of Biology, Mr Colville, is delighted to have this ‘great teaching and environmental resource’. 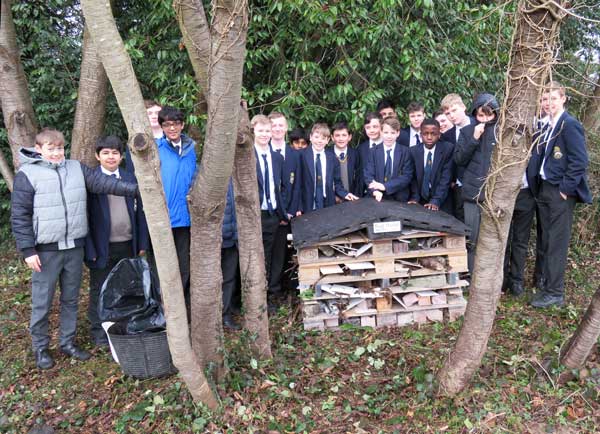 ill boost the biodiversity of the School site’, Mr Colville said, ‘particularly because of the major problem with declining insect numbers worldwide’.

Mr Colville’s Year 8 Biology class then joined the group to help fill the hotel with materials – including bricks, slate, tiles and greenery – in order to create crevasses where the insects can live. The Head of Biology explained to the students that the hotel will serve as a ‘place for insects to hibernate, overwinter and pupate into adults’.

The Prime Minister visits RBC to learn about the Aldworth Partnership Computer guru Stephen Wolfram visits Blue Coat
Book an open event Apply online Keep exploring
We use cookies to ensure that we give you the best experience on our website. Click on the 'X' to accept our use of cookies, or 'Learn more' for more information. Learn more