This week, we received the news of Year 10 George M’s apprenticeship with Airbus, taken over the Christmas break. Finishing just in time for the Spring term of the New Year, he says 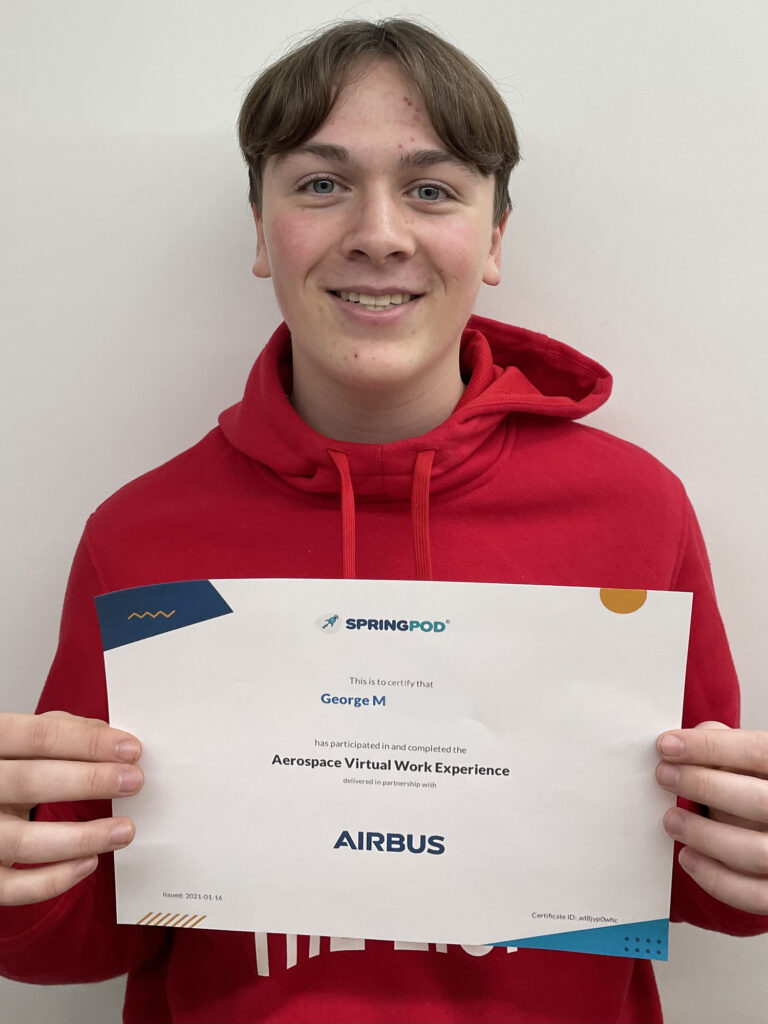 “I have just finished my apprenticeship program with Airbus, where there was only a 25% chance of being accepted on the program. There were over 4,000 other applicants, so I feel very grateful to have been offered a place!

I started the program at the beginning of the Christmas holidays and finished it in the first week of the Spring term. The program consisted of 15 hours of work, webinars and text. I had six assignments to complete during the course, which included the designing of a future aircraft, writing a CV and studying the control surface of an aircraft. In addition, there was a section on space which I found most interesting as I also had to design a moon base with all of the necessary aspects such as food production and power supply. Each webinar was an hour and a half long and we were able to ask questions to experts. I am very thankful to have completed the apprenticeship and I hope I can have a career in the Aircraft and space industry, especially with Airbus.”