A group of Blue Coat students ranging from year 7 to 12 attended a Model United Nations conference all weekend at Gordon’s School in Woking. Students have practiced their skills at conferences at Blue Coat, and have spent weeks preparing research on their countries, writing speeches, and drafting resolutions. Blue Coat students represented India, Bangladesh and Haiti, discussing issues across five committee rooms, ranging from the use of lethal autonomous weapons; marine pollution and the fast fashion industry; Mars colonisation and genetic engineering.

As if the range of fourteen topics weren’t enough, at the MUN General Assembly on Sunday afternoon, a crisis was declared: an invasion by North Korea of South Korea. Students worked together in this fast-paced, high-pressure situation to attempt to resolve the crisis through diplomatic means.

The Blue Coat delegates did exceedingly well, working hard to prepare, and pushing themselves out of their comfort zones in committees. Although MUN is primarily about striving to improve, and is not competitive in its focus, we were delighted that Daniel Goldsmith in year 10 was awarded Highly Commended for his role as delegate of Haiti. Rohit Laibu, also in year 10, successfully saw all 150 delegates debate the resolution on the Taliban invasion of Afghanistan that he co-wrote. Joseph Brady in year 7, who has only been involved with MUN since February and has never attended a conference outside of Blue Coat, blew everyone away when he volunteered to speak in front of 150 people about the use of private military companies in conflict – to rapturous applause!

The Blue Coat delegations did an excellent job representing the school, and look forward to our Blue Coat Model NATO this term. 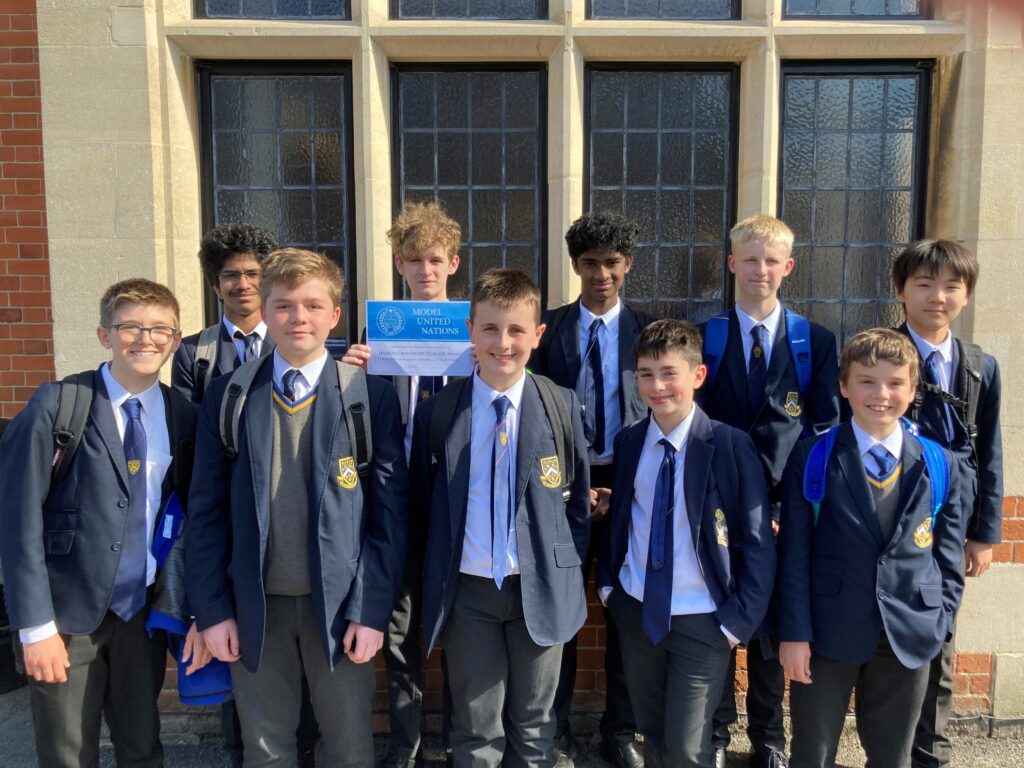 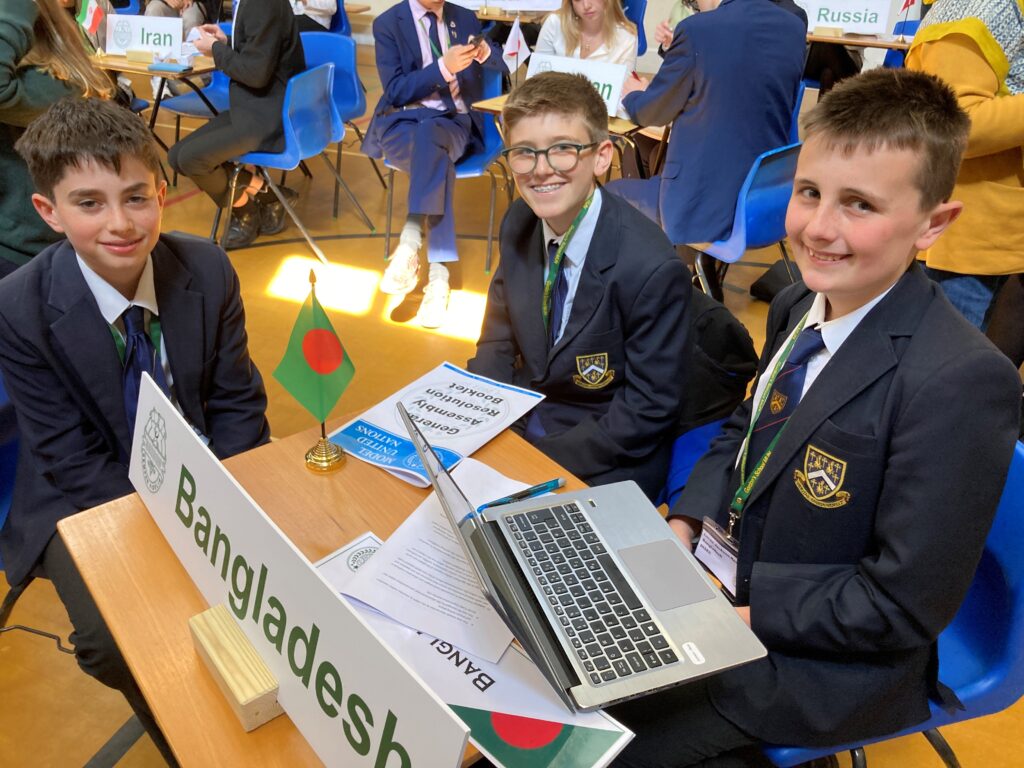 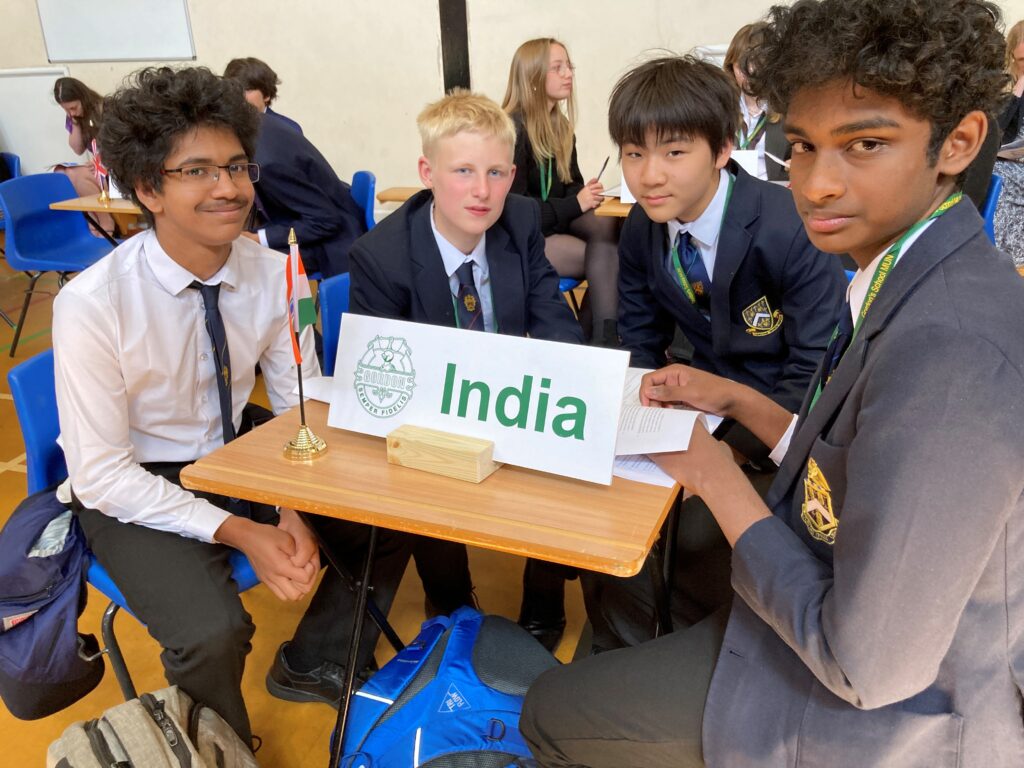 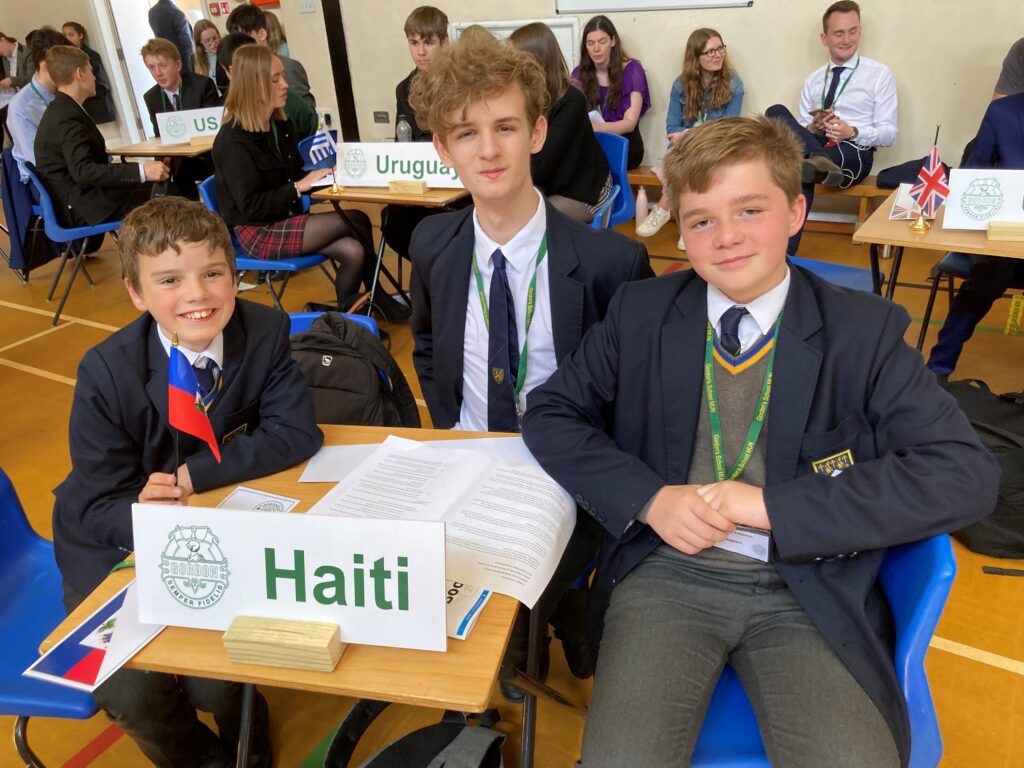