If you were unable to attend our Virtual Open Event on Saturday 8 May, don't worry, the page is still available to view at the link below:
https://rbcs.schoolevent.online/spring21-home/

In the first week of May, six A Level and AS PE students made the trip to the All England Lawn Tennis club in Wimbledon to take part in an educational workshop based on technology at the competition.We received a presentation on how the sport of tennis has evolved from a game called jeu de paume to ‘Lawn tennis’ with all the modern equipment and rules.

We were also given a guided tour around the broadcast centre and interview room, which was very interesting, and we learned some fun and interesting facts about the courts and the technology that was used in building the new roof over the Number 1 court. Overall, the trip was very impressive and definitely worthwhile. – Nick Evans (Year 12) 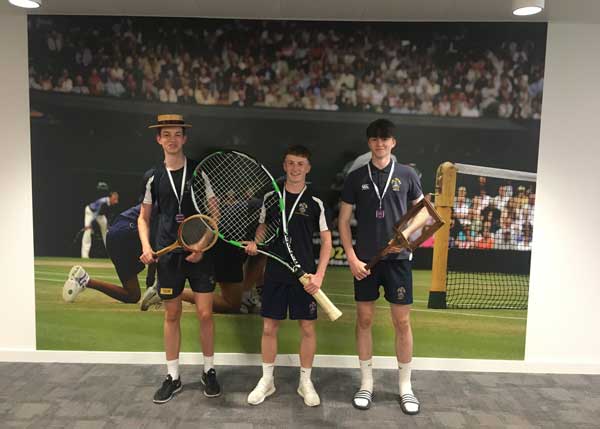 Biennial Inspection success! A Perfect Summer Soirée
Book an open event Apply online Keep exploring
We use cookies to ensure that we give you the best experience on our website. Click on the 'X' to accept our use of cookies, or 'Learn more' for more information. Learn more