On Thursday, 19th October, Blue Coat hosted the first annual Berkshire SchoolsRFU U13 Rugby Festival, to follow on from the success of our U12 Festival, which enters its 10th year in November.
28 teams from more than 20 schools – totalling around 350 pupils – took part on the day, when the weather was very mild, with only one minor shower that did not affect play.

Fifteen Blue Coat Sixth Form pupils refereed throughout the day and their efforts meant that attending teachers could concentrate on coaching – and the players on playing. 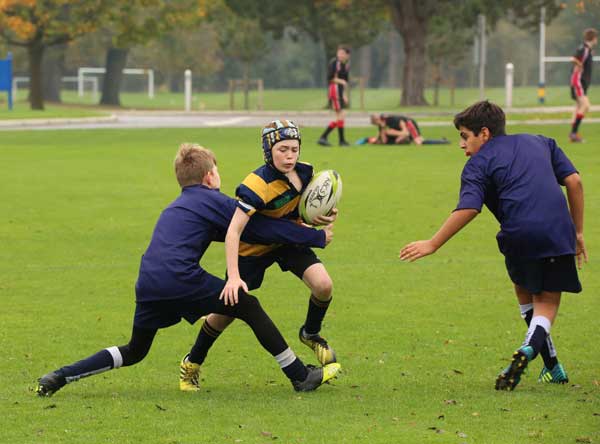 With the new RFU playing regulations and guidelines in place, the tournament took on 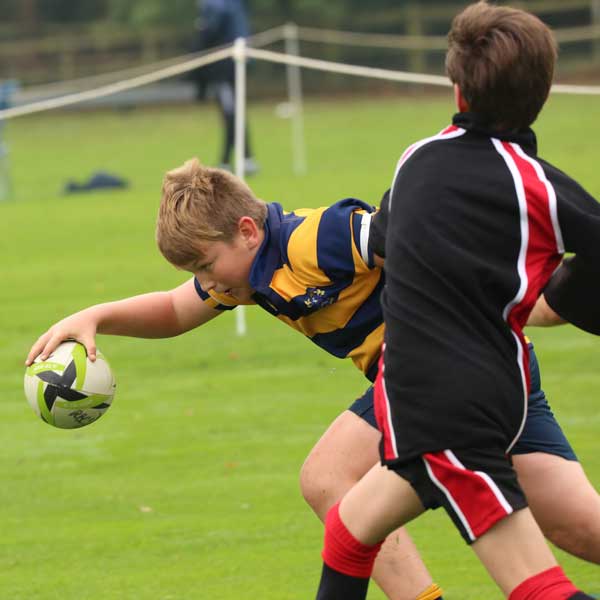 a slightly different appearance as the day progressed, but nothing dulled the enthusiasm of staff, administrators, players, referees and parents.
As with the U12 Festival, there were to be no winners in the competition, so instead of a series of afternoon knockout matches, we again had a second round of group matches to enable all attending schools to play six games. The seven groups each produced winner, and these were placed randomly into two groups of four, adding the best 2nd placed team, and so on down the list to 3rd and 4th places to complete the second phase groups. This format worked remarkably well with like ability teams contesting the later stages and able to conduct their groups independently.