28 medals won by our rowers at Avon Autumn Head 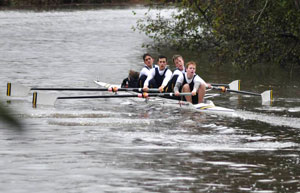 The Boat Club raced at Avon Autumn Head near Bath on Saturday 19th November, along with other clubs and universities, including Monmouth and Canford schools. Just over 50 boys from Year 10 and above braved the near-freezing conditions to race twice over the two-mile course.

The J15 squad raced in four different crews over the two divisions, with the VIII, coxed by Cassian Cockings and stroked by Will Sheddon, winning their category. The J1 6 VIII was second with a strong row in the afternoon and the IV stroked by Mathew Peters won their category with a gutsy row. The Senior IV of Matt Shimmin, Ryan Jones, Tom Lightning and Max Ashwanden and coxed by Tom Bryce not only won their category but were the fastest IV of the day. The 2nd VIII had a good performance in the morning, and the 1st VIII produced the fastest time of the day in the afternoon with a confident row.

The day was a great success for the whole club with 28 medals won. 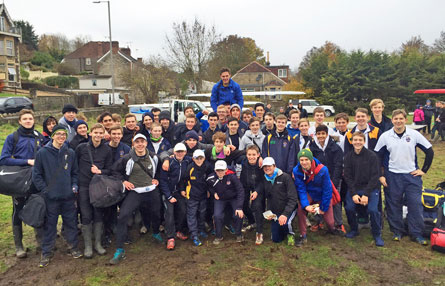