Reading Blue Coat’s class of 2019 achieved a 100% pass rate in the Extended Project Qualification, a research project that has the same UCAS value as an AS subject, and supports applications made to UK universities. Remarkably, 61% of all EPQs at Blue Coat were A* or A, and 91% were A*-B this summer.

The strong overall A Level grades were led by the French and Music department, where 100% of pupils achieved A*-B. These departments were followed closely by Art, Geography, Economics, Government & Politics and Religious Studies, in which 90% of all candidates achieved A*-B grades.

Alongside the robust overall figures of 71% A*-B and over 41% A*-A, there were some remarkable individual successes:  19 pupils achieve at least 3 A*-A grades, including the following pupils who earned at least three A*s:  Tom Britton, Ori Brunner, Morgan Hanby, Matthew Peters and Erin Martin.

Everyone at Reading Blue Coat is delighted that the vast majority of our Leavers secured their first or insurance university place on results day today, without having to enter clearing.

Head Boy Ben Freeman achieved an A* and two A grades, and will be studying Biomedical Sciences at University College London from September. Ben, who stands at an impressive 6ft 7in, raced at Henley Regatta this year, just weeks after sitting his A Level examinations. Talking about his achievements, Ben said: ‘I’m over the moon, I’m not over it really! It’s been such a long year and after everything that I’ve done this year, I got the grades I needed!’

Headmaster, Jesse Elzinga, said: ‘‘I am delighted with the superb A Level results achieved by our Year 13 leavers. For nearly ten years the staff and pupils of the School have consistently earned results of over 70% A*-B at A Level, with more than 40% of all grades being A*-A, and we matched these results again in the summer of 2019. My particular congratulations goes out to the Art, Geography, French, Economics, Politics, Religious Studies and Music departments, all of which achieved stunning results this year.  Of course there are many individual success stories amongst these results, and the statistic of which we are most proud is that on results day, almost 90% of our Leavers secured their first or insurance university place – a testament to the excellent work of our pupils and staff during the UCAS process. Well done to everyone involved in these results and very best wishes to all of our Leavers as they start the next phase of their academic careers.’

Ronnie Jha received A*s in Biology and Mathematics, and As in Chemistry and Further Mathematics. His mother said ‘We are all so proud of Ronnie! He is going to UCL to study Medicine, and then he will be a doctor!’

Daniel Algar, Captain of the 1st XI Football team, achieved an A* and two As, and has been granted a place at Nottingham University to study Psychology. ‘It was a struggle until Year 13, when I stepped it up a bit. I needed AAB, so when I opened my envelope and saw A*AA, I thought they were someone else’s results! I couldn’t believe I got in!’

Morgan Hanby, who lives in Bracknell, accomplished 3 A* grades in Politics, History and Economics. Morgan was among the School’s Senior Cadets, and is going on to study History at the University of Exeter. Morgan said ‘I’m really glad I got the result that I needed to get into Exeter. I’m just so excited to go now!’

Head of Sixth Form, Mr George Morton, said ‘These are a good set of results for our students who have given so much to the school and community in their time with us. Balancing their charitable endeavours and sporting and cultural activities, yet keeping a firm eye on their studies, has been no mean feat and many of them have really earned their place at some of the country’s most prestigious universities. We are very proud of them.’

Deputy Head Boy Matthew Peters also achieved three A*s and will be studying Law at Durham University. In his time at the School, Matthew had a vibrant public speaking career, and travelled to Canada alongside Head Boy Ben Freeman to represent the School at an international Public Speaking competition.

Josh Mill, of Henley-on-Thames, achieved a great set of results and will be heading north to Liverpool to study Veterinary Science in September. 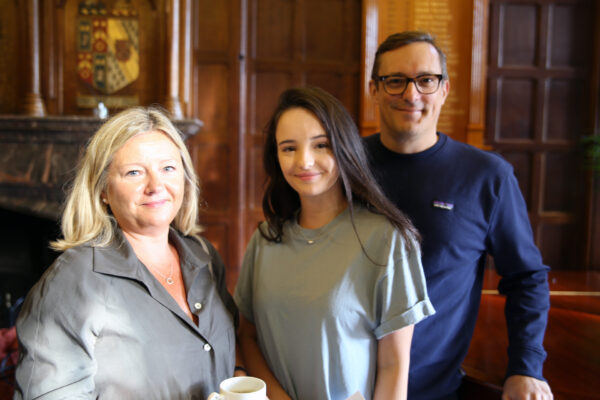 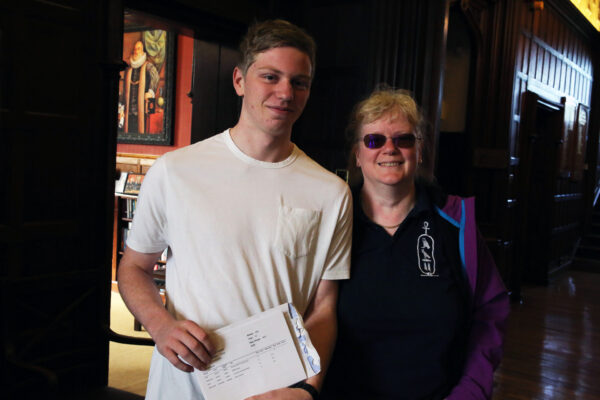 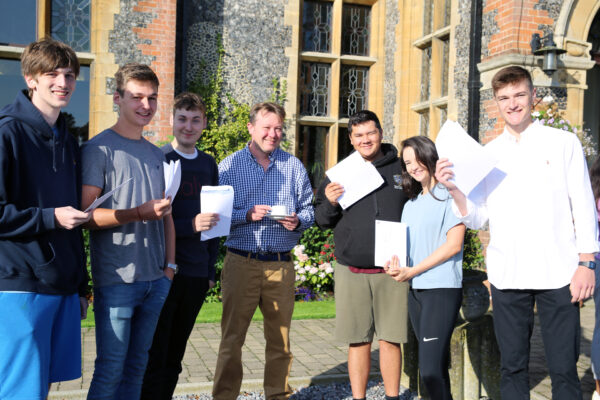 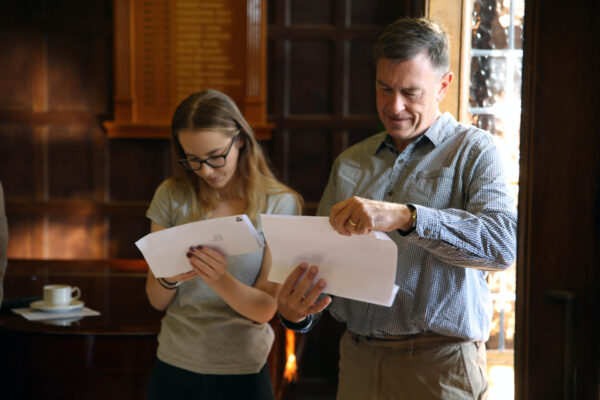 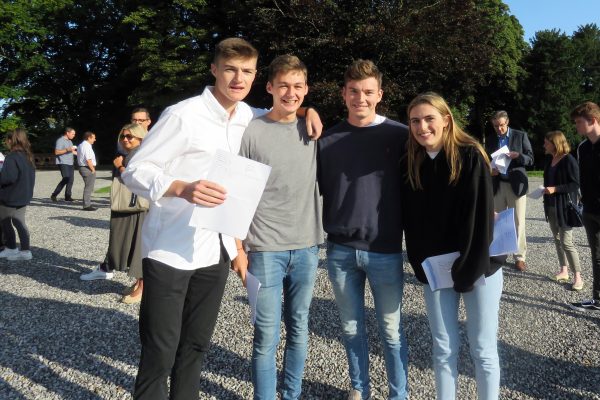 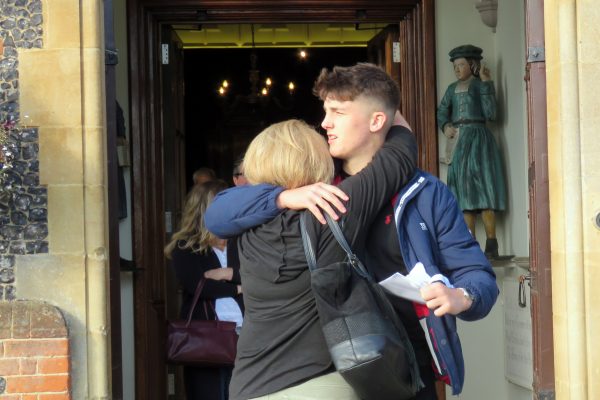 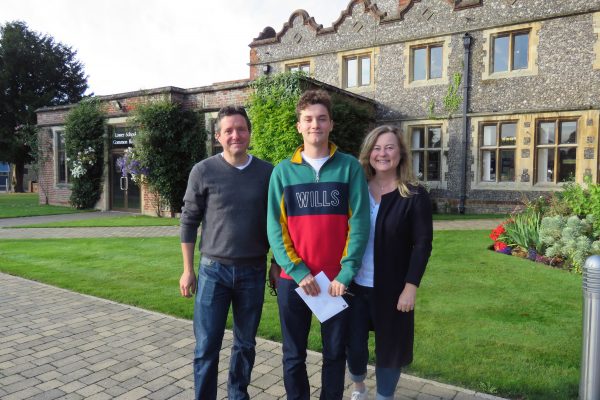