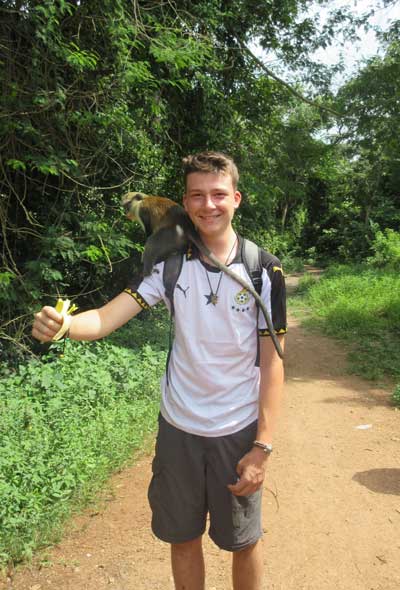 Old Blue and Former Head Boy Oliver Pink joined Blue Coat in Year 9 and hit the ground running! In the October half-term of his first year, Oli climbed Mount Kilimanjaro to raise money for the Battersea Dogs and Cats Home in London – and he finished Year 11 by travelling to Ghana with Blue Coat, to learn about Ghanaian culture, and to work on the refurbishment of a classroom building at the local school in Ankwanda village. “It was like a rollercoaster of emotions”, Oli says of the experience. “It made me feel so lucky about everything I have in my life at home, but it was hard work. It was also so much fun, and has given me some of my very best memories.”

Oli rowed in the U16 1st XIII during the 2018 summer term, but decided to devote his time to rugby in the autumn; he plays blindside flanker for the 2nd XV. He has taken part in the Duke of Edinburgh’s Award Scheme since Year 10 and, having completed his Silver Award in Year 11, is excited about working 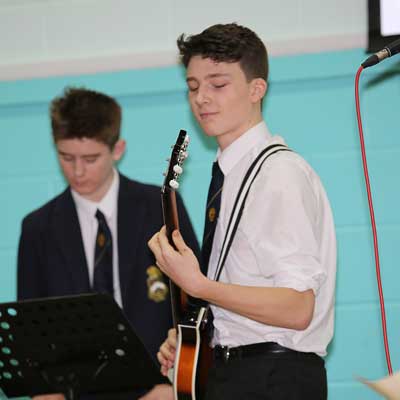 towards his Gold Award while he’s in the Sixth Form. When he joined the School, Oli was keen to play a musical instrument and, now that he’s begun learning bass guitar, he’s putting together a band to perform at the next Blue Coat music concert. He’s also keen to be involved in the next big School musical, having seen all the musical productions since he joined the School.

“I love Blue Coat so much”, Oli says. “I’ve been to four different schools and it’s by far the best because there’s just so much opportunity to get involved”.

Now an Old Blue, Oli received AAB in his A levels and will be moving on to Bristol University. Having had his examinations cancelled due to restrictions during the Coronavirus pandemic, Oli’s final six months at Blue Coat were cut short, “The last six months were strange as I studied online with Blue Coat, but only for a few weeks. It’s a shame that we cannot get a proper goodbye with everyone but I am looking forward to celebrating with everyone next summer when we can!”