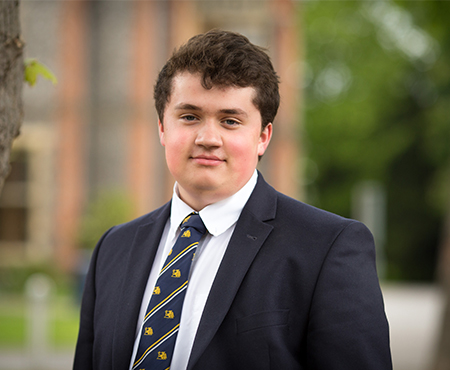 Old blue Andy, one of the stars of Blue Coat’s Tech Crew during his time at the School, stage managed School productions starting with the Junior Drama production of “Aladdin” in 2014.

Director of Drama, Mrs Coccia Clark, commented, on the final night of the 2016 production of “Grease”: “Andy is such a good Stage Manager, I often forget he’s still a student; he’s good enough to work in the West End”.

The West End is one of the places Andy says he’d like to work – the other being as a set designer for live concerts – but, in the meantime, he was given an unconditional offer to study Technical Theatre and Stage Management at RADA (the Royal Academy of Dramatic Arts), one of the most prestigious drama schools in the world, and was able to turn down two other offers. The RADA course is a two-year diploma, with the option to do a third year to obtain a full degree.

So, how did Andy get into Stage Management? “It was through School – especially the musicals”, he says. “I’ve always loved the theatre; there’s just a magic about it – but stage management enables you to turn what is essentially a black hall into anything from a Vietnamese street scene to an underground club.” 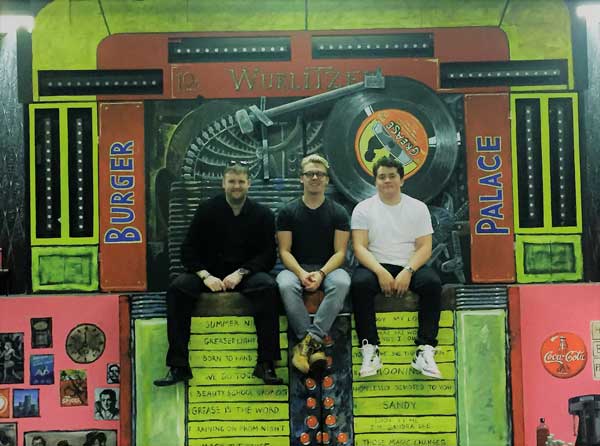 Andy has also worked on Young Theatre shows in Beaconsfield for the past year and a half, and he’s been part of the tech team at the local Rock Bottom music festival and the Secret Garden Party outdoor festival near Cambridge.