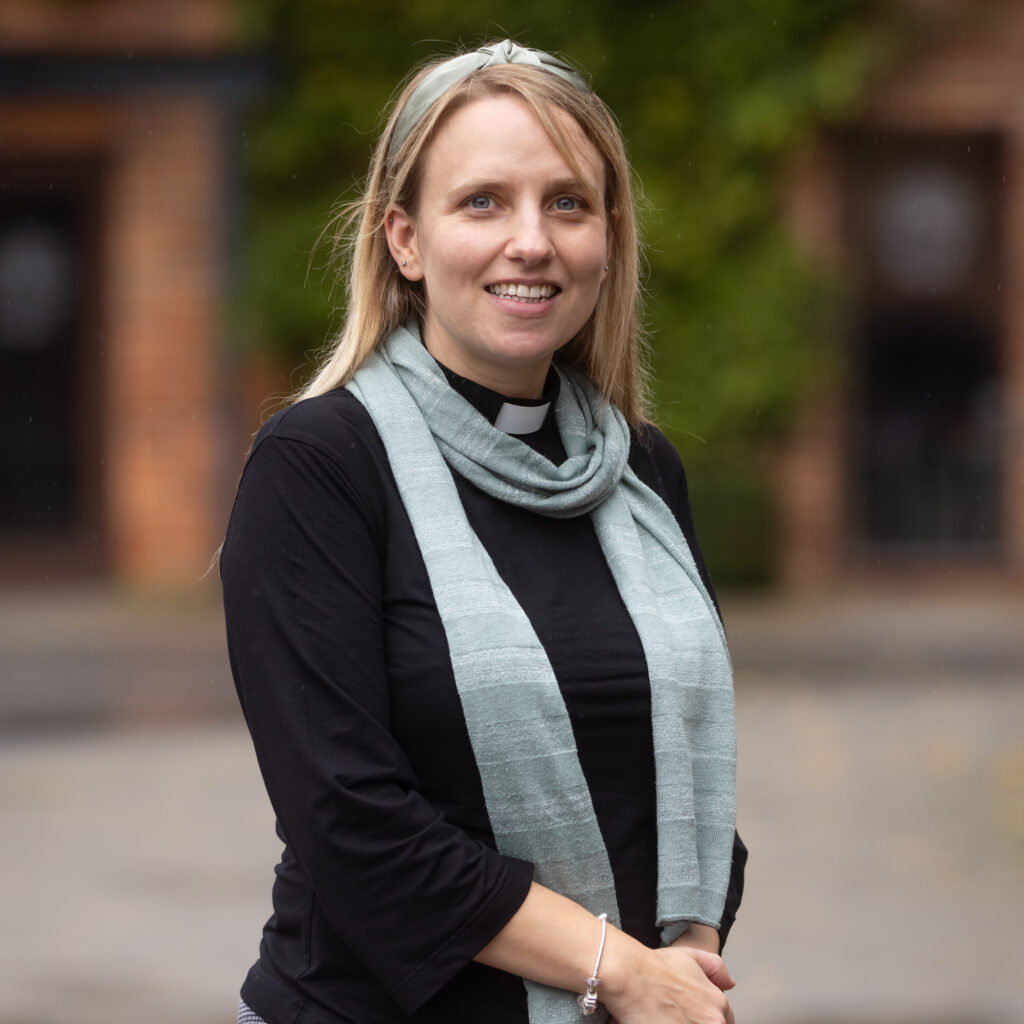 Kate was born in Birmingham, where she attended King Edward VI Camphill School and left in 1999 to study Mathematics at the University of Leicester. After graduating, Kate spent five months travelling in East Africa before moving to Manchester, where she completed a PGCE and then went on to teach Maths in Greater Manchester for seven years.

In 2011, Kate and her family moved to Oxford, where she began training for ordination at Ripon College Cuddesdon which, alongside her formational training, involved completing a degree in Religion and Theology at Oxford Brookes University. She was ordained deacon in 2014 and moved to the Parish of Louth in the Diocese of Lincoln for her curacy. A year later she was ordained a priest and continued to minister in Louth, where part of her ministry involved chaplaincy in the local grammar school. She has a particular interest in Science and Faith discussions and recently wrote a chapter for Messy Church Does Science, a publication aimed at encouraging the use of simple science experiments in an all-age church context. Kate is also studying part time for an MA in Theology and Ministry, which combines both academic study and reflection on practical ministry.

As her three-year curacy drew to a close and, after feeling her vocation lay in both a parish and a school context, Kate took up a joint role in 2017; Associate Chaplain and teacher of Mathematics at RBCS, and also Associate Vicar of St Andrew’s, Sonning.

Kate is married to Lawrence, a tree surgeon, and they have three sons, a cocker spaniel and a cat. She enjoys spending time with family and friends and also is a keen singer.

Dr Kevin Magill Miss Claire Knight
Book an open event Apply online Keep exploring
We use cookies to ensure that we give you the best experience on our website. Click on the 'X' to accept our use of cookies, or 'Learn more' for more information. Learn more