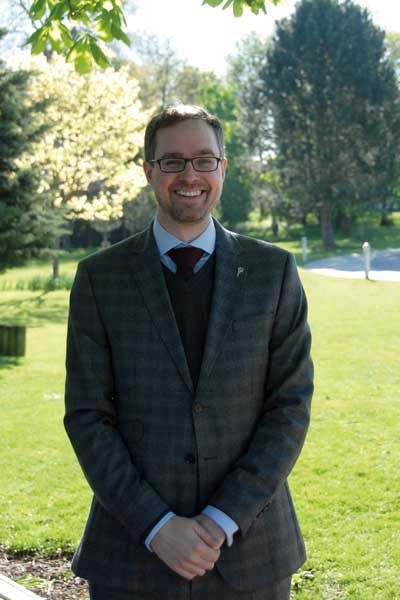 Having grown up in rural Oxfordshire, Robert Tidbury studied for a Masters in Mathematics and Physics at the University of Warwick (where he captained his university Mixed Netball team) before deciding to become a teacher. Since completing his Post Graduate Certificate in Education at the University of Oxford, he has taught at selective schools in the local area, becoming Head of Mathematics at Wycombe Abbey School before joining Reading Blue Coat as Deputy Head (Academic) in 2018.

Outside of school, Robert loves nothing more than spending time with his wife, Jacky – a Head of Classics, and their son, Milo. In any remaining free time he enjoys walking in the Chiltern Hills, swimming and playing sport badly.

Mr George Morton Miss Sophie Beaveridge
Book an open event Apply online Keep exploring
We use cookies to ensure that we give you the best experience on our website. Click on the 'X' to accept our use of cookies, or 'Learn more' for more information. Learn more