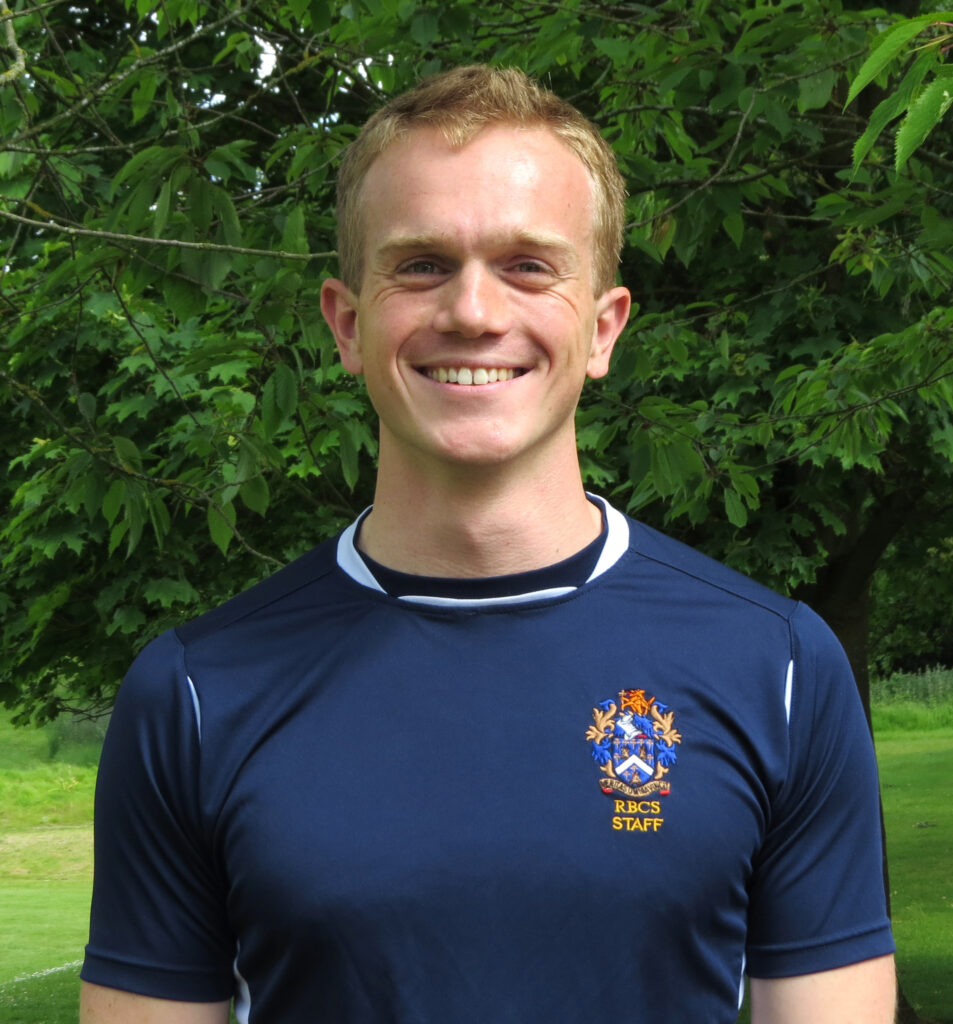 James is a local boy, having grown up largely around Henley-on-Thames. Immediately after finishing his undergraduate degree in History and Philosophy at the University of Southampton, James was employed for a year as a ‘Graduate Assistant’ rowing coach at a public school in Poole. He decided he would like to explore his love for History further so studied for an MA in Modern History before making his way into the business world, working internationally as an Executive Search Consultant for two years.
Since then James has committed himself to a career in education. He completed his teacher training in the state sector before spotting the opportunity to join RBC in 2014. He is hugely grateful to be working here and is extremely thankful for all the opportunities that he has had at School, including being supported in his MSc in Learning & Teaching at the University of Oxford which focussed predominantly on pastoral matters.

Outside of School, James is a committed endurance sportsman. Previously a rower, with highlights including reaching the semi-finals of the Thames Challenge Cup at Henley Royal Regatta in 2012 where his crew lost by only two-thirds of a length (described as ‘one of the races of the year’ on the HRR website), James has since taken up triathlon, learning how to swim properly in the school’s pool. He has competed in all manner of events, from super-sprint duathlons to Ironman events including Barcelona 2016 (another personal highlight where he finished in 10h21m and qualified to represent the GB Age-Group Team at the European Championships). He is hoping he can continue to race on the odd occasion while juggling family life!