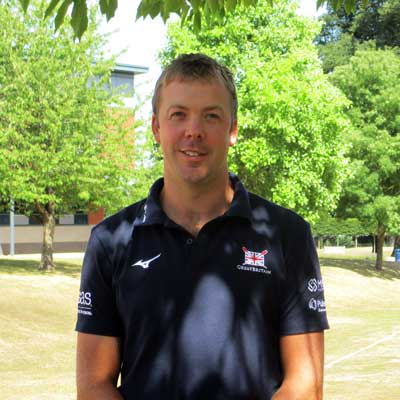 Allan was born and grew up in rural Essex where he spent many years working on the family farm. After college, Allan studied for a BA (Hons) in Architecture at Brighton University then continued his Architectural education at Oxford Brookes University with the​ Part 2 Diploma in Architecture. Alongside his studies, he rowed as part of the very successful Oxford Brookes University Boat Club. Allan also gained a number of coaching qualifications which, together with his passion for rowing, meant coaching became his career front runner. After coaching at a number of successful clubs, Allan returned to where he learnt his trade, Oxford Brookes University. During six years at Brookes, Allan became head women’s coach, developing the programme and steering the squad to win national and international titles. Allan also coached crews for the Great Britain rowing team at a number of events, including the women’s under-23 eight at the 2018 World Championships.

Outside rowing, Allan trained and passed out as a Royal Marines Reservist and has also competed in a number of Triathlon events. Allan lives in Wallingford with his fiancee Jenna and cat Steve and is extremely excited about this new coaching chapter as Head of Rowing at Blue Coat.