RBC community learn about the urgency of rhino conservation 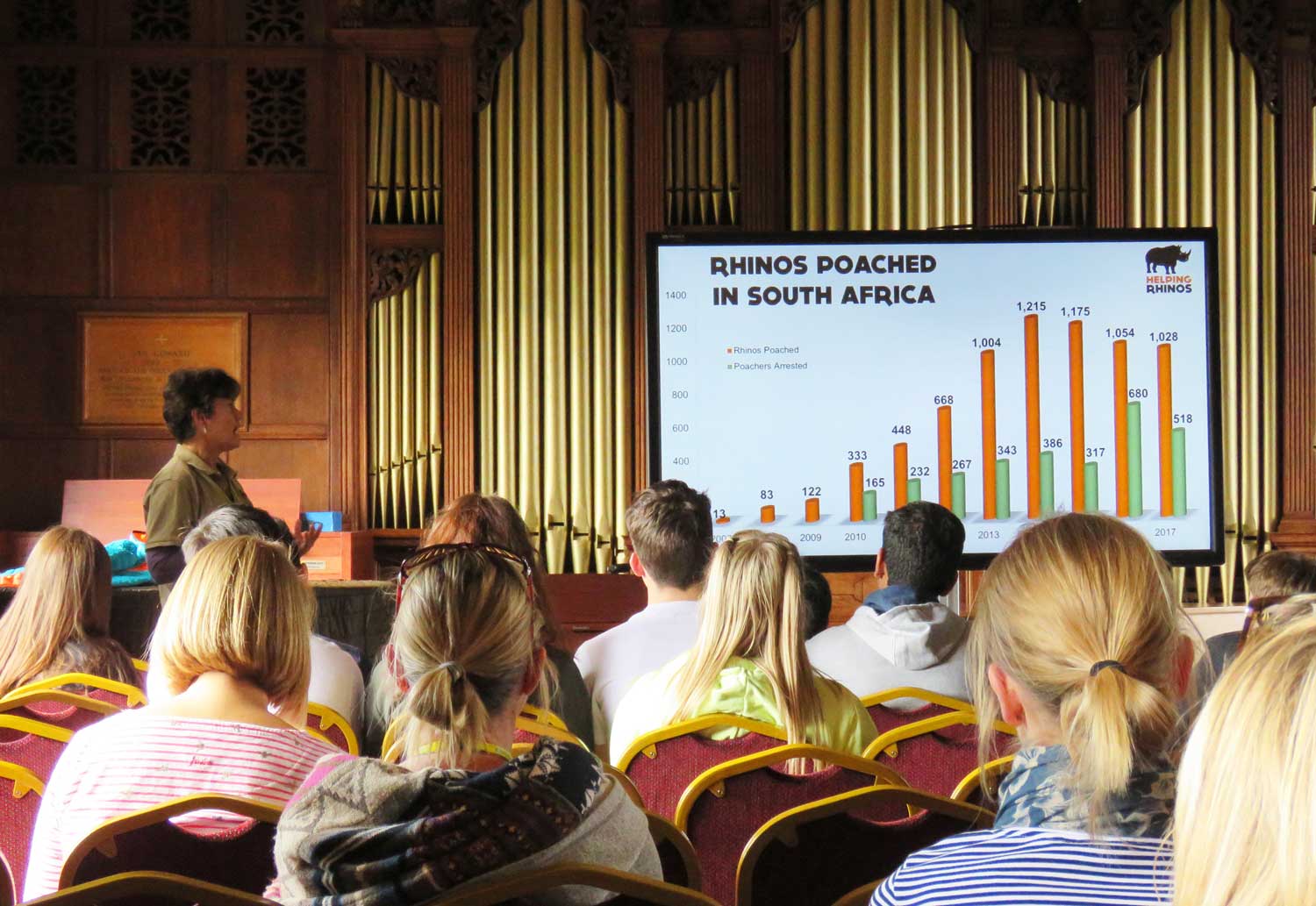 Tracey Taylor, education officer for the Helping Rhinos conservation group based in Sussex, spoke to students, parents and staff at Blue Coat to make our community more aware of the current world rhino crisis.

Tracey stepped in at the last minute, as the original speaker, James Mwenda – a ranger at Ol Pejeta Conservancy in Kenya who cared for Sudan, the last surviving male northern white rhino, before his death in 2018 – was stuck in Nairobi because of a visa delay.

Ninety percent of the worlds’ rhinos – either black or white rhinos – live in Africa; and the remaining 10%, made up of Indian, Sumatran and Javan, live in Asia. A hundred years ago, the world’s rhino population was around half a million – today that number is less than 29,000. The numbers have dwindled because of habitat loss and poaching – the former caused by the growing human population, deforestation and drought caused by global warming; and the latter because of the use of keratin from rhino horns in traditional Asian medicine, mainly in China and Vietnam.

Because of this, the situation has reached what Tracey called ‘the tipping point’ i.e. when baby rhinos are not being born quickly enough to replace the rhinos that are being killed by poachers. If there are no changes to the current situation, rhinos in the wild will be extinct within 10-15 years.

Work that is done mostly in Africa by rhino conservation groups (including Helping Rhinos) is many fold:

According to Tracey, the most important thing that we can do to help is to ‘tell people’. In addition, by creating less pollution and using less energy, we can create less environmental damage and therefore maintain the animal habitats necessary for their survival. It is also possible to adopt a rhino or an anti-poaching dog.

Blue Coat’s newly-appointed Head of School, Year 12 Ollie, who is passionate about animals and plans to devote his future career to animal conservation, found the talk ‘incredibly interesting’, and afterwards spoke to Tracey about his future plans and the best way for him to become involved in rhino conservation. 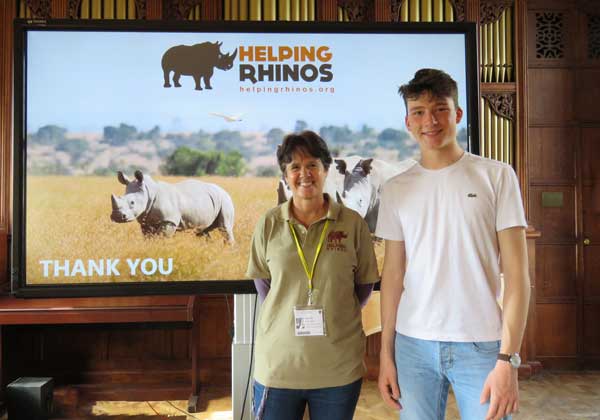