The Reading Blue Coat production of Private Peaceful was an utter triumph. From set design and costuming to the incredible performances of our boys, it was truly spectacular.

Before the audience took their seats, air-raid sirens drew the crowd outside to witness the full cast march from School House to Way Hall. Led by Capt. John of the Army CCF Section, the boys’ timing was perfect, and the image of them marching down in the rain was truly spectacular.

As guests took their seats, mournful music welcomed them to Way Hall, which had been transformed to reflect the trenches of WWI France. Once silence had fallen, young actors from Years 9-11 took their places on stage, and the performance began.

Private Tommo Peaceful, played by Isaac S, has been found guilty of desertion and is due to be shot at dawn. The play opened with this scene, and set the dark tone very early on.

The story followed the hours before Private Charlie’s execution, and his retelling of various points in his life. The early scenes introduced the audience to Tommo’s brother Charlie, played by Nicholas G, Big Joe, played by Mattie D, Tommo’s Mother, played by Harry B and Barney P’s version of Molly. Nicholas did a brilliant job at taking on the role of the caring big brother, while Barney acted the role of Molly exceptionally well. It is never easy for boys to take on female roles in a secondary school play, but both Barney and Harry did a fantastic job at staying in character and keeping a serious, straight face.

The story took the audience through Tommo’s poignant life events; through his less than pleasant school career, the tragic death of his father (for which he blames himself), his fond childhood memories with his friends and family and eventually the fateful moment that he joined the army.

Once away from the safety of rural English life, both Tommo and Charlie have to fend for themselves against the likes of Sergeant ‘Horrible’ Hanley, played brilliantly by Barnaby G who did a fantastic job at screaming at his charges at the very top of his voice.

Despite the story following the harrowing experiences of a young man living through the First World War, the performances were truly spectacular. Isaac S was clearly born to be on the stage: he understood and emulated his character amazingly well, and is destined to go far in theatre. Both Nicholas G in the role of Charlie and Barney P, playing Molly, were also brilliant. They also understood their characters, and spoke each of their lines with confidence and clarity.

Reading Blue Coat’s Middle School has such a strong cohort of actors, and it is really promising for Senior Productions to come. On top of the excellent cast and their performance were the efforts made to create a truly immersive experience. Not only were all 28 cast members on stage for 95% of the production, but the lighting, set design, sound and costuming made for an incredibly moving and emotive play.

Congratulations must go to Mr Moller, Blue Coat’s new Director of Drama. This was Mr Moller’s first production since joining, and I’m sure that members of all three nights’ productions will agree that it was a great start to what we hope will be a long and fruitful career here in Sonning.

Finally, well done to the whole cast, who the play could not have gone on without:

Well done also to Nathan W for the Shadow Projections, Jim R and Alex C for their Sound Tech skills, Callum BW and Henry B for their lighting skills. Without the ‘offstage’ effects, the performance certainly would not have been as powerful.

The School’s senior production of ‘Our House’ will be presented in February 2020, and we look forward to welcoming you back to the School then – though we hope to see you much sooner! 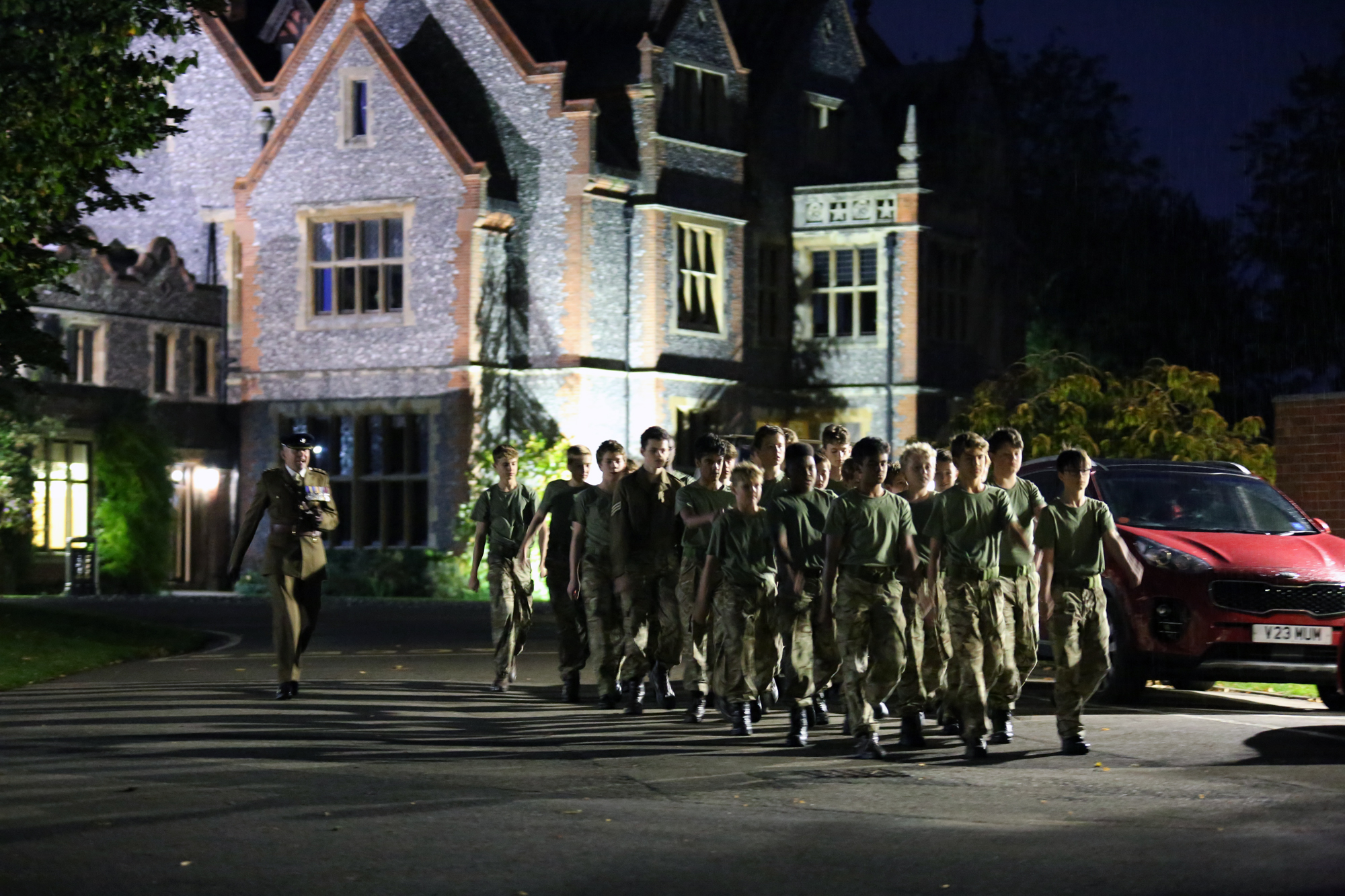 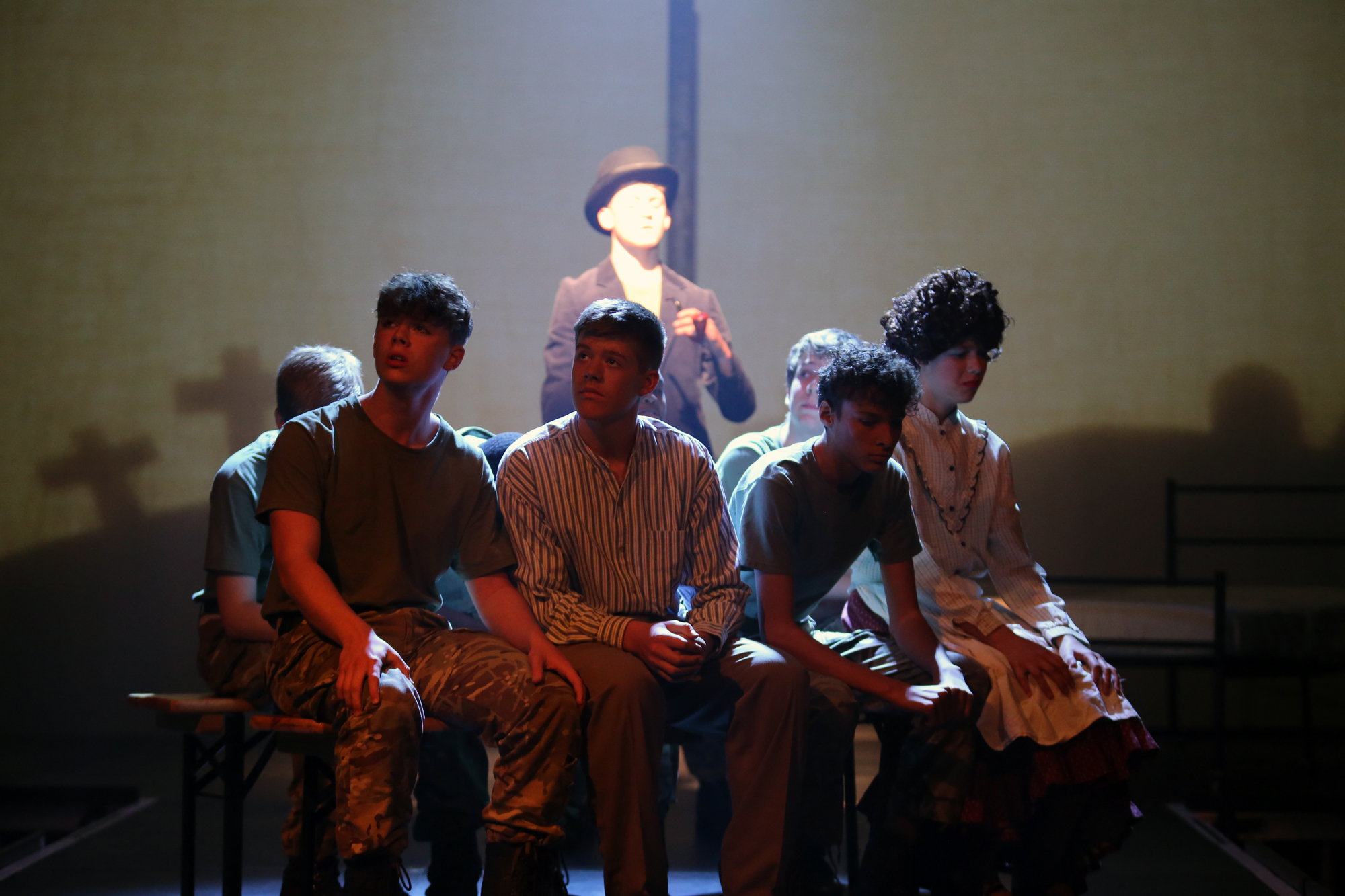 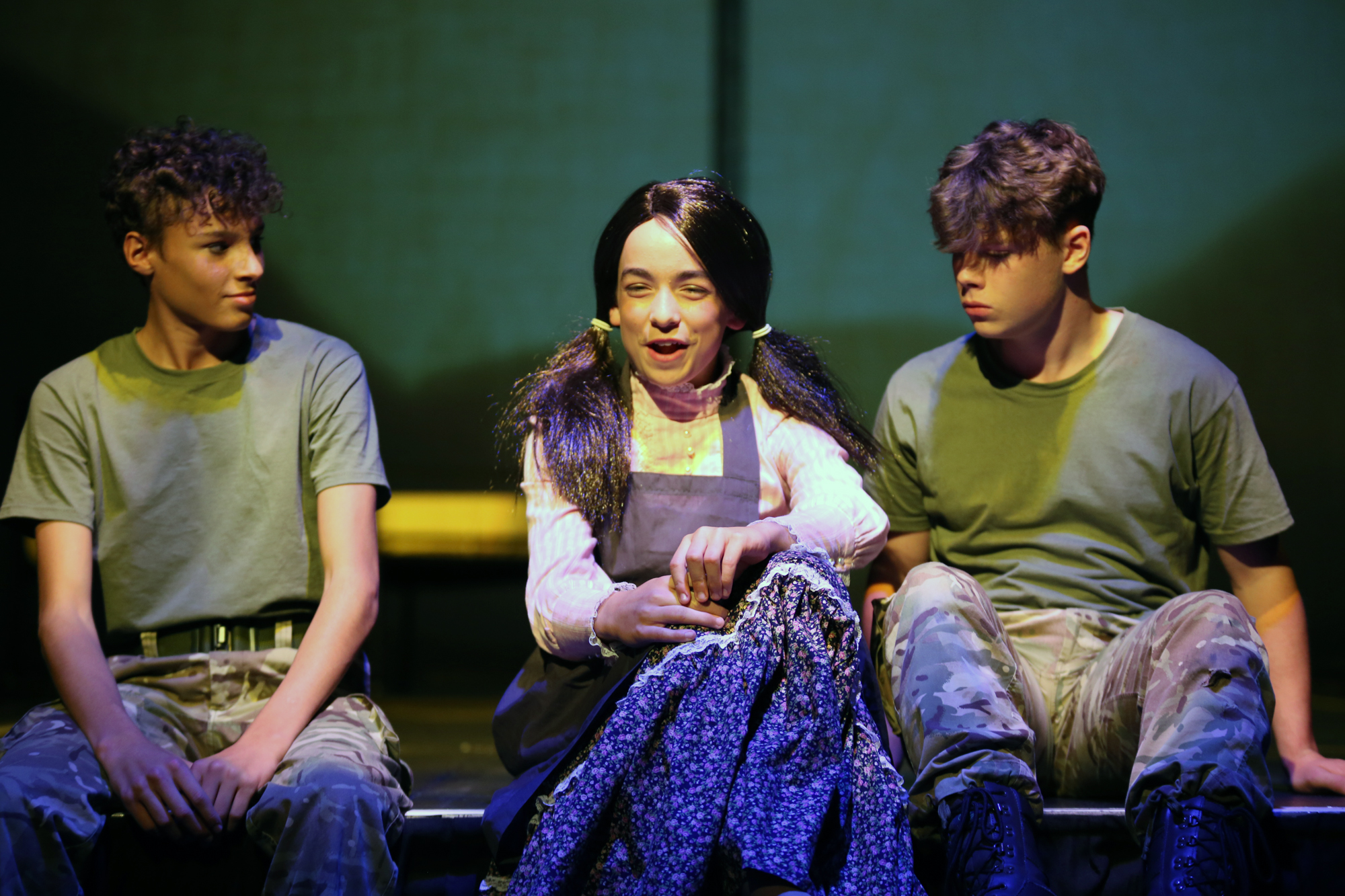 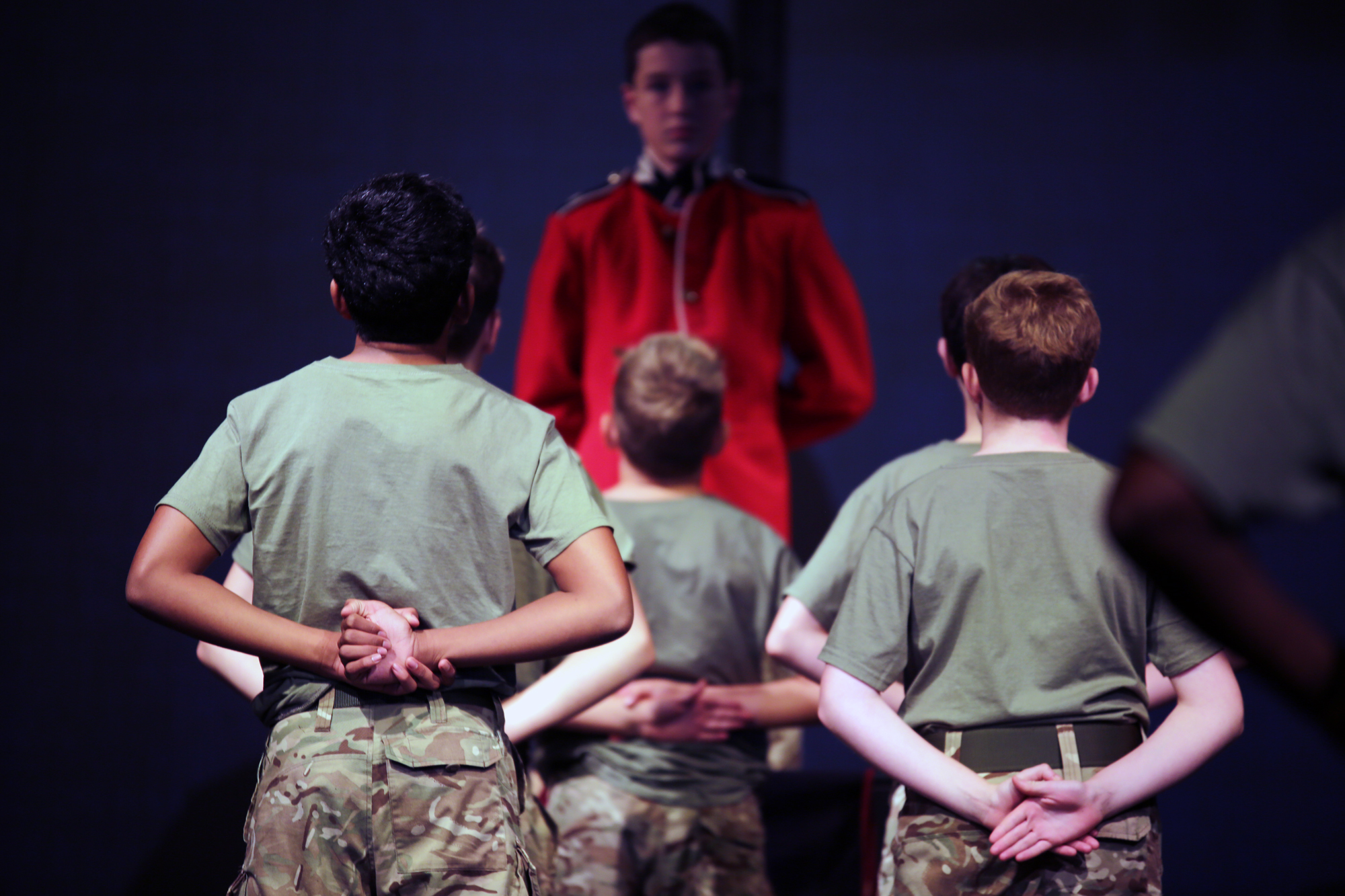 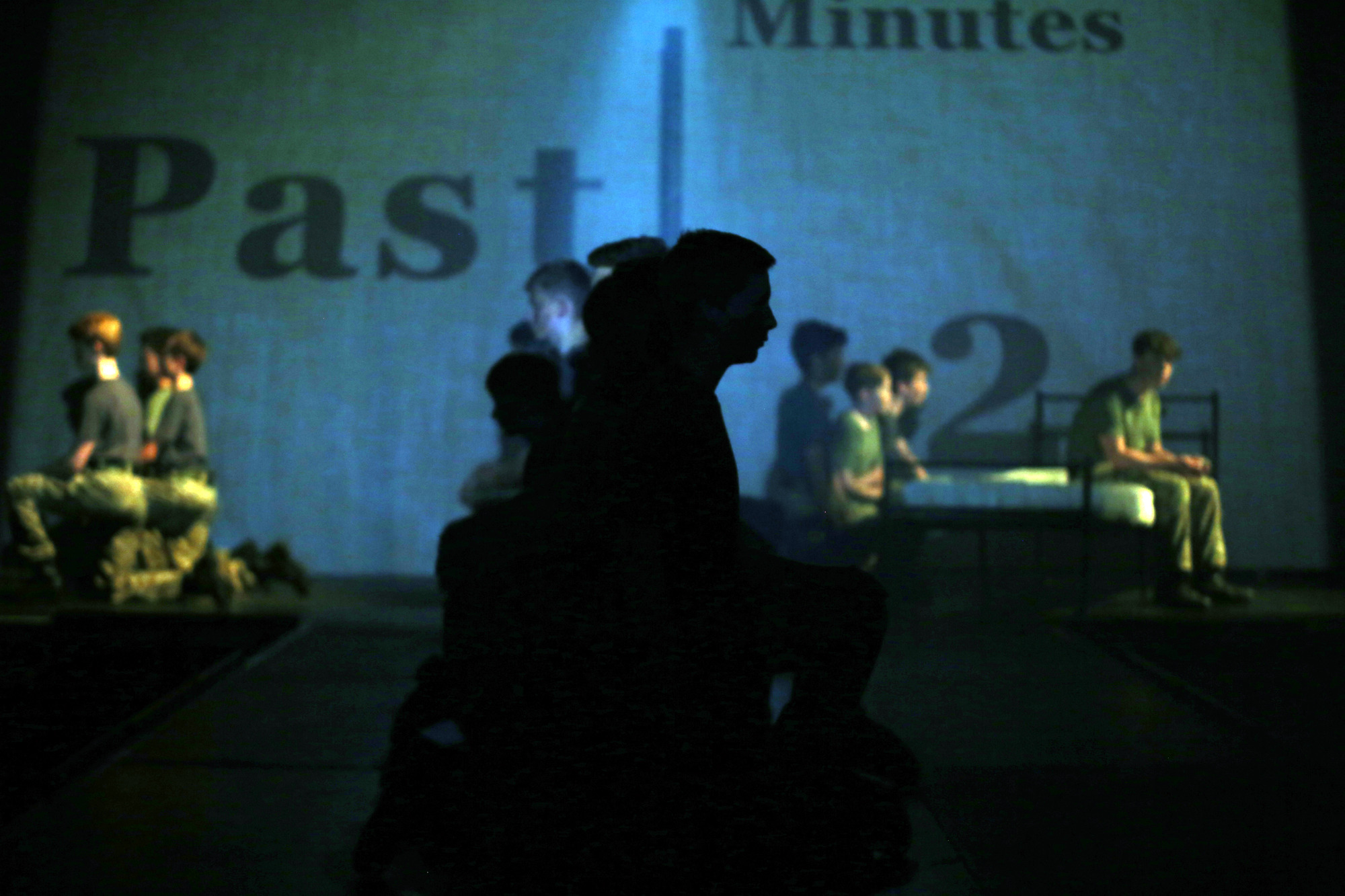 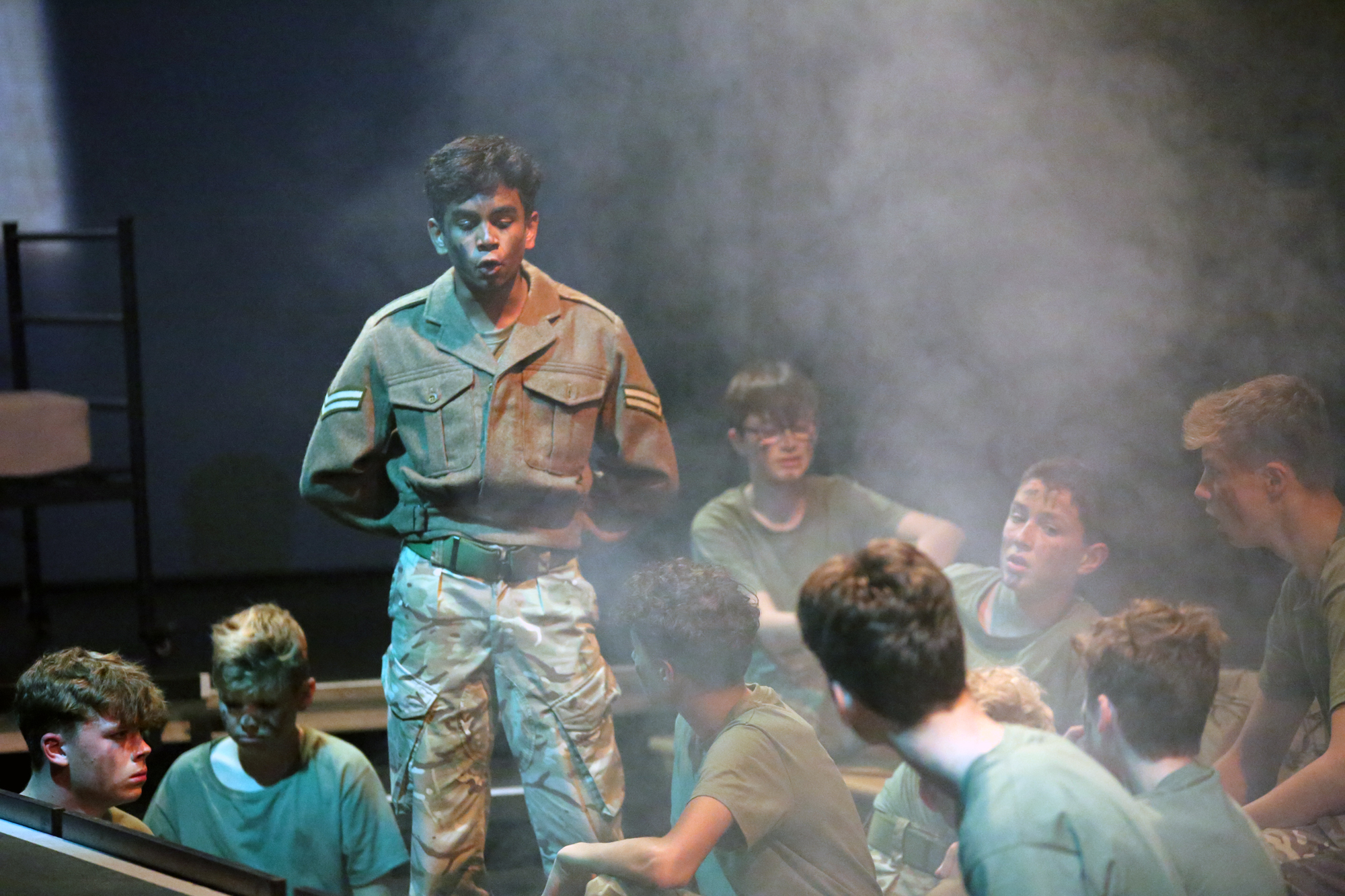 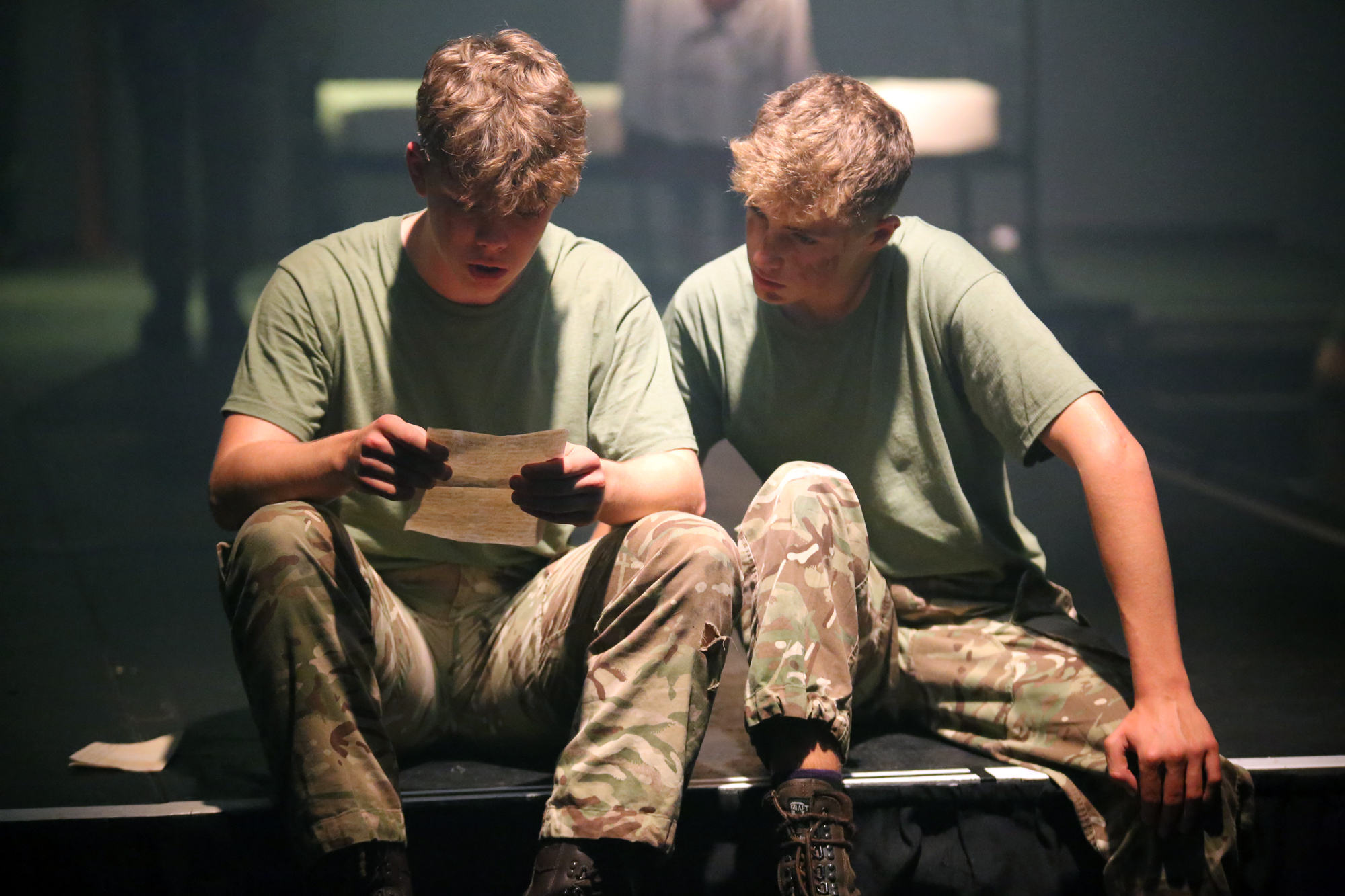 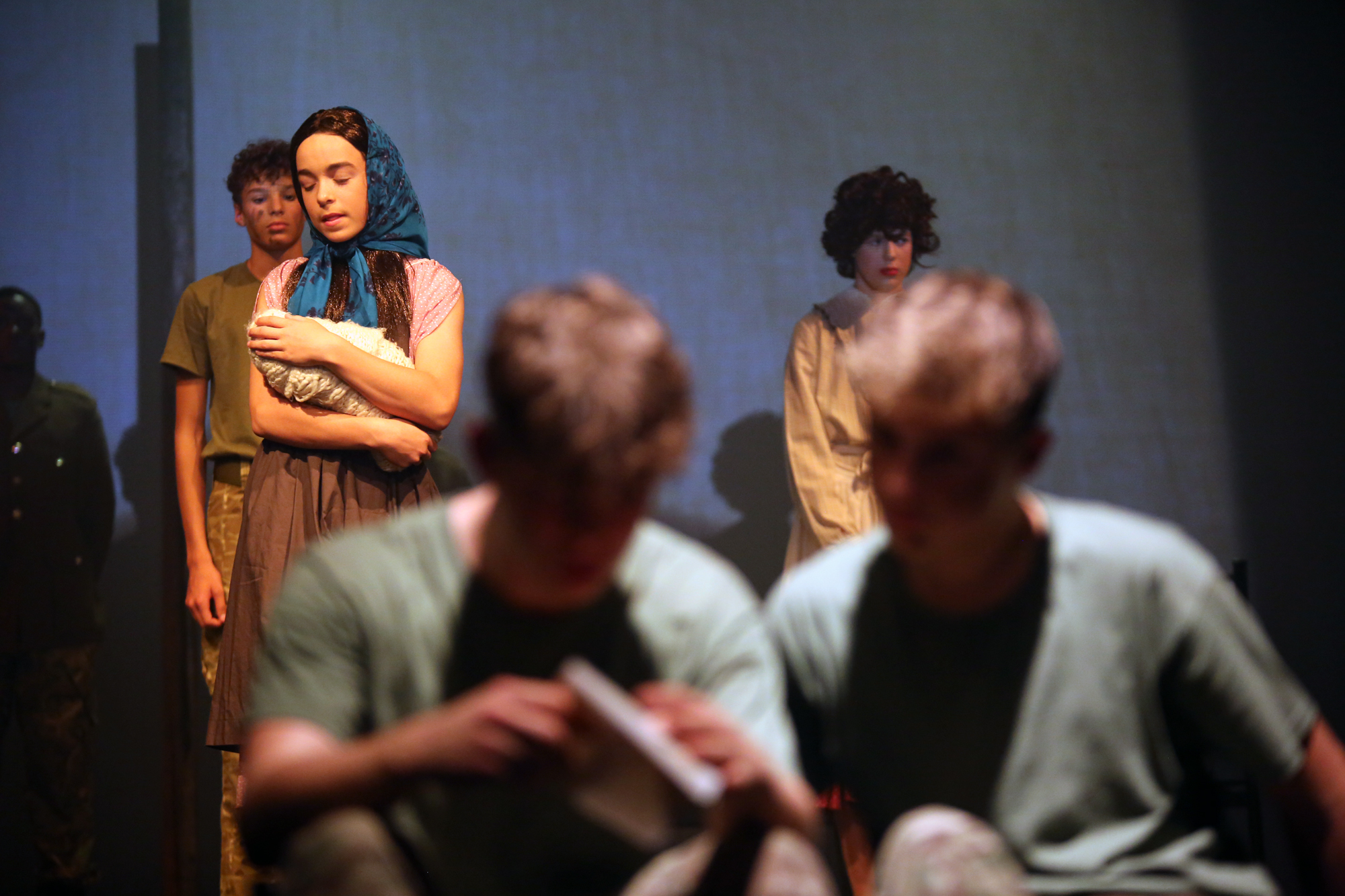 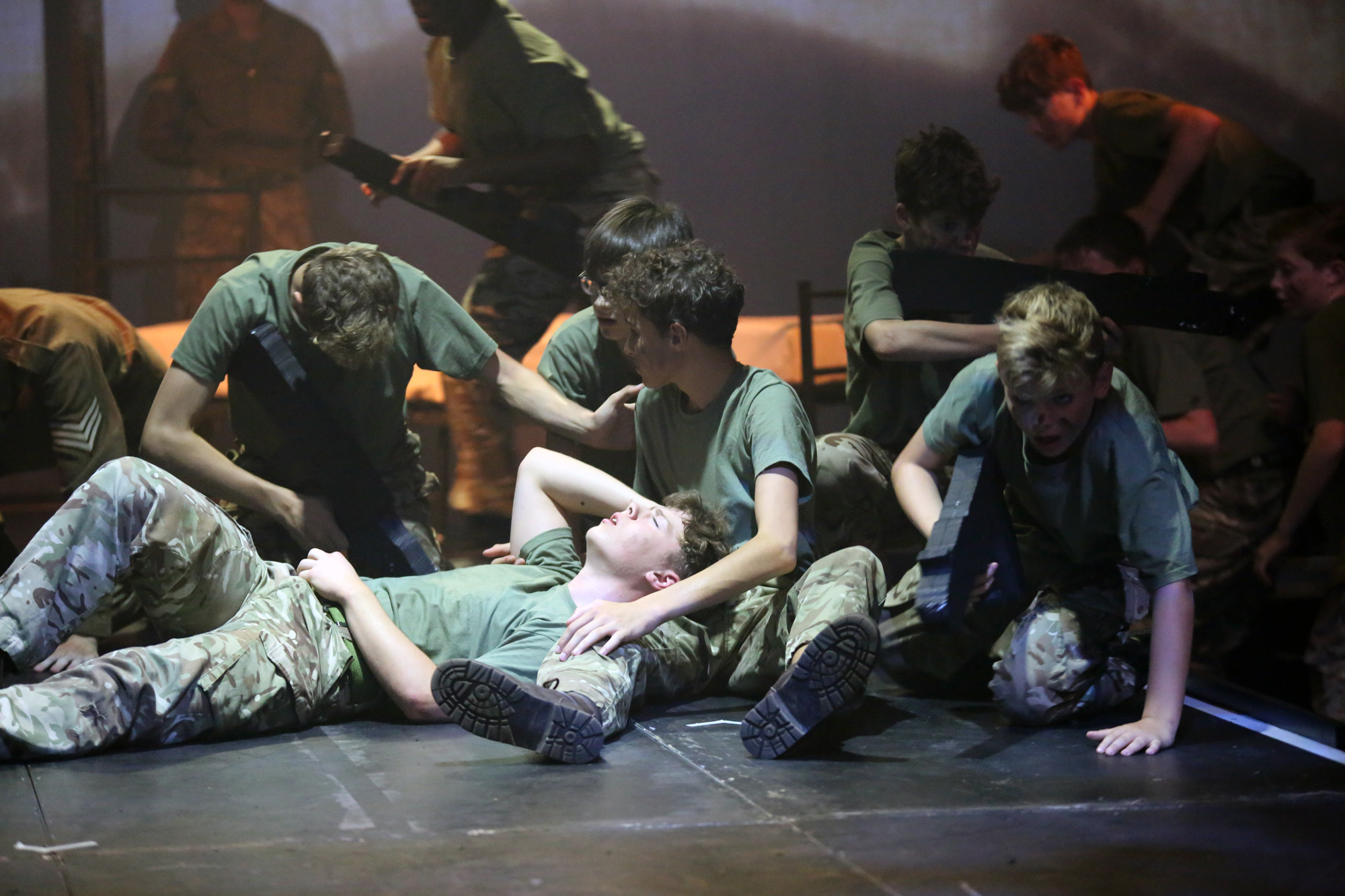 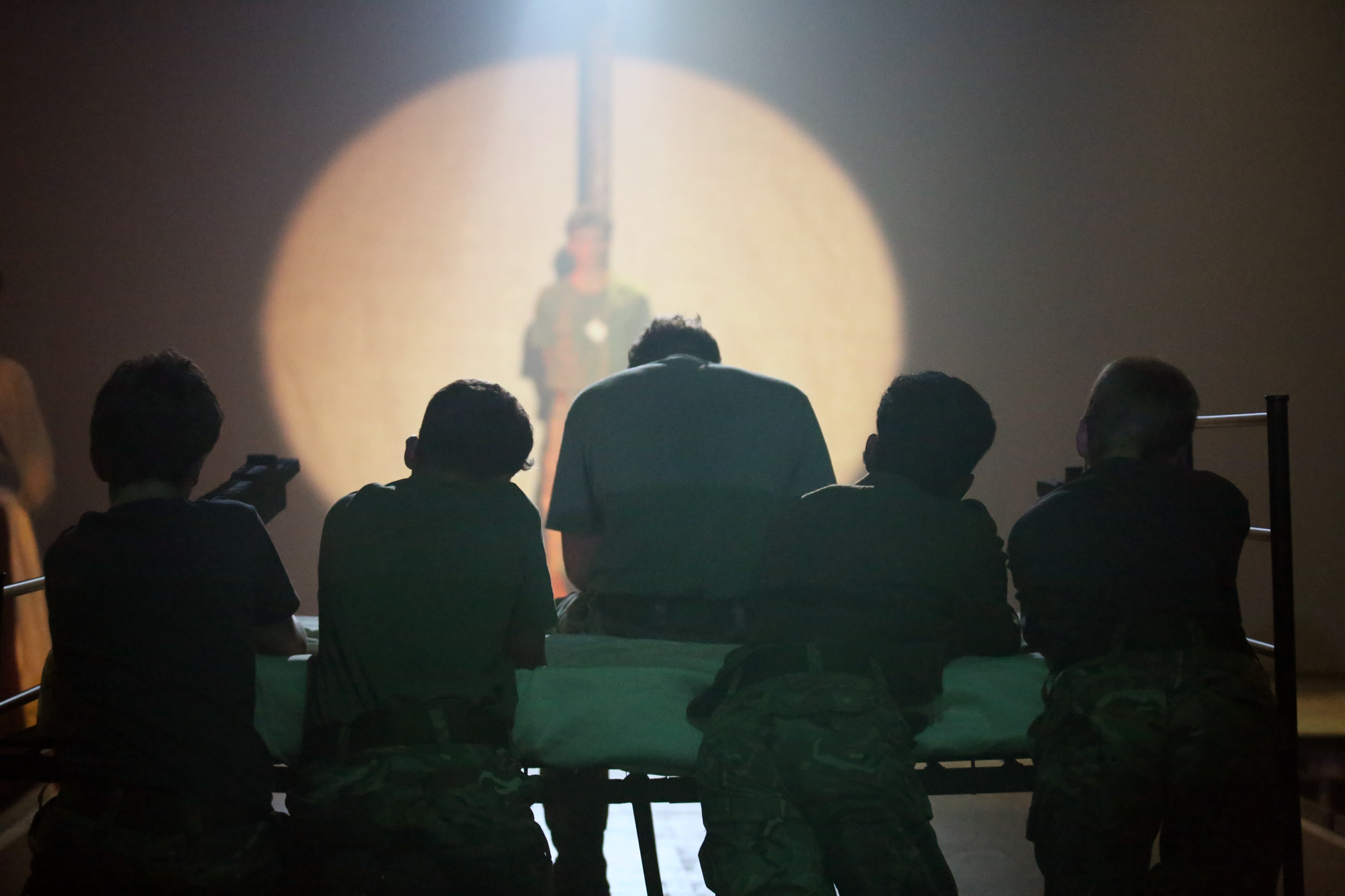 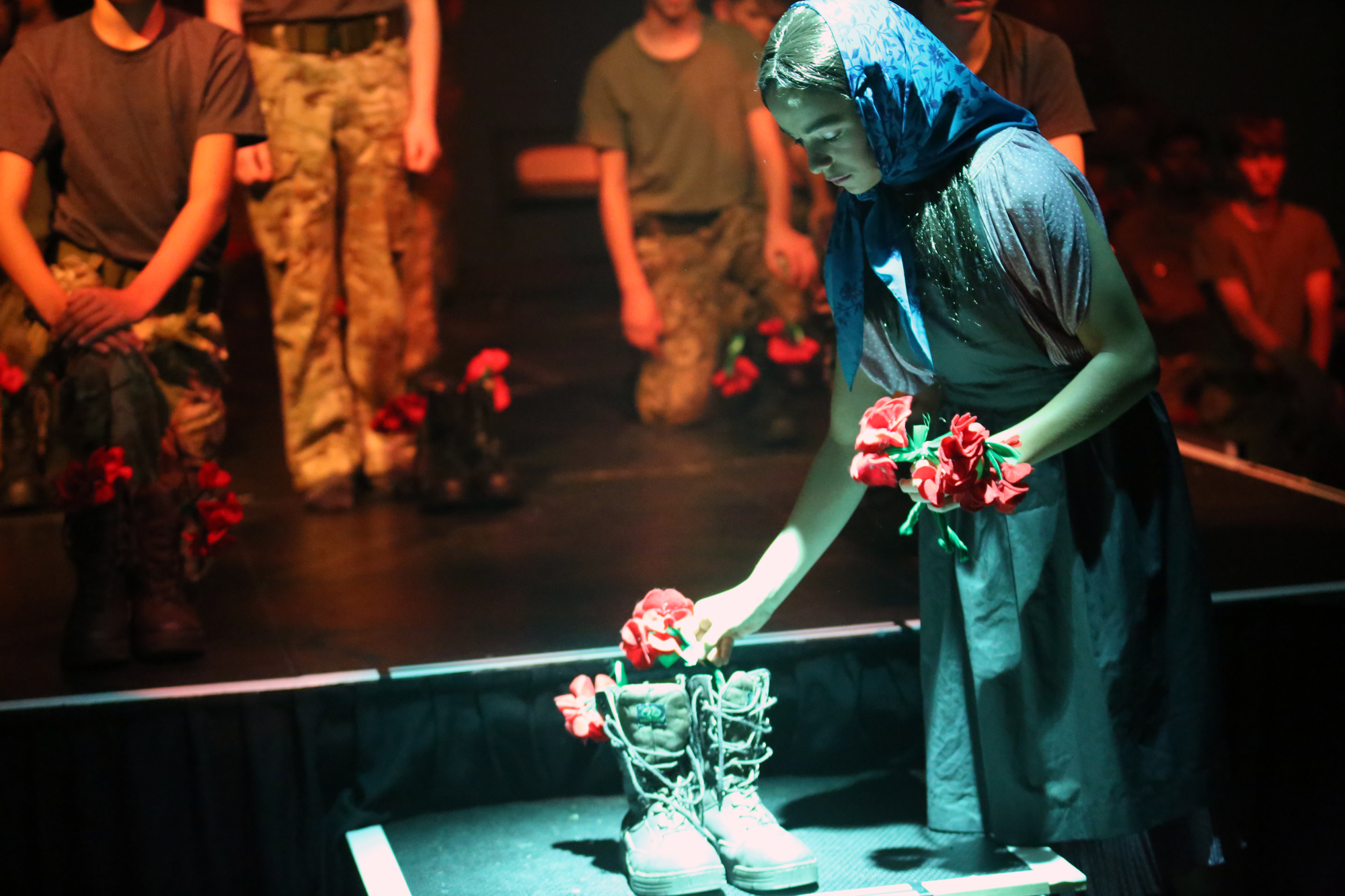 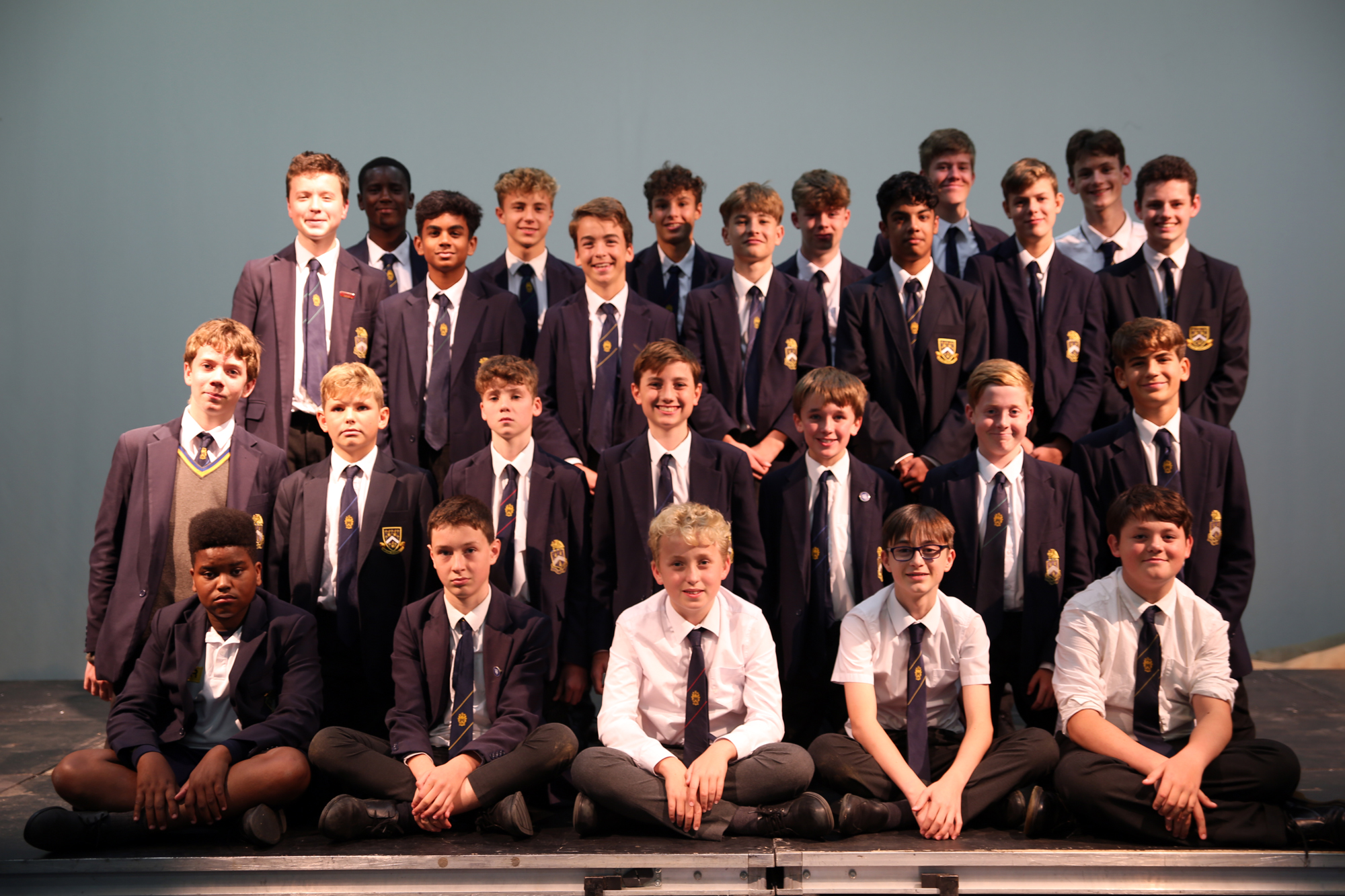 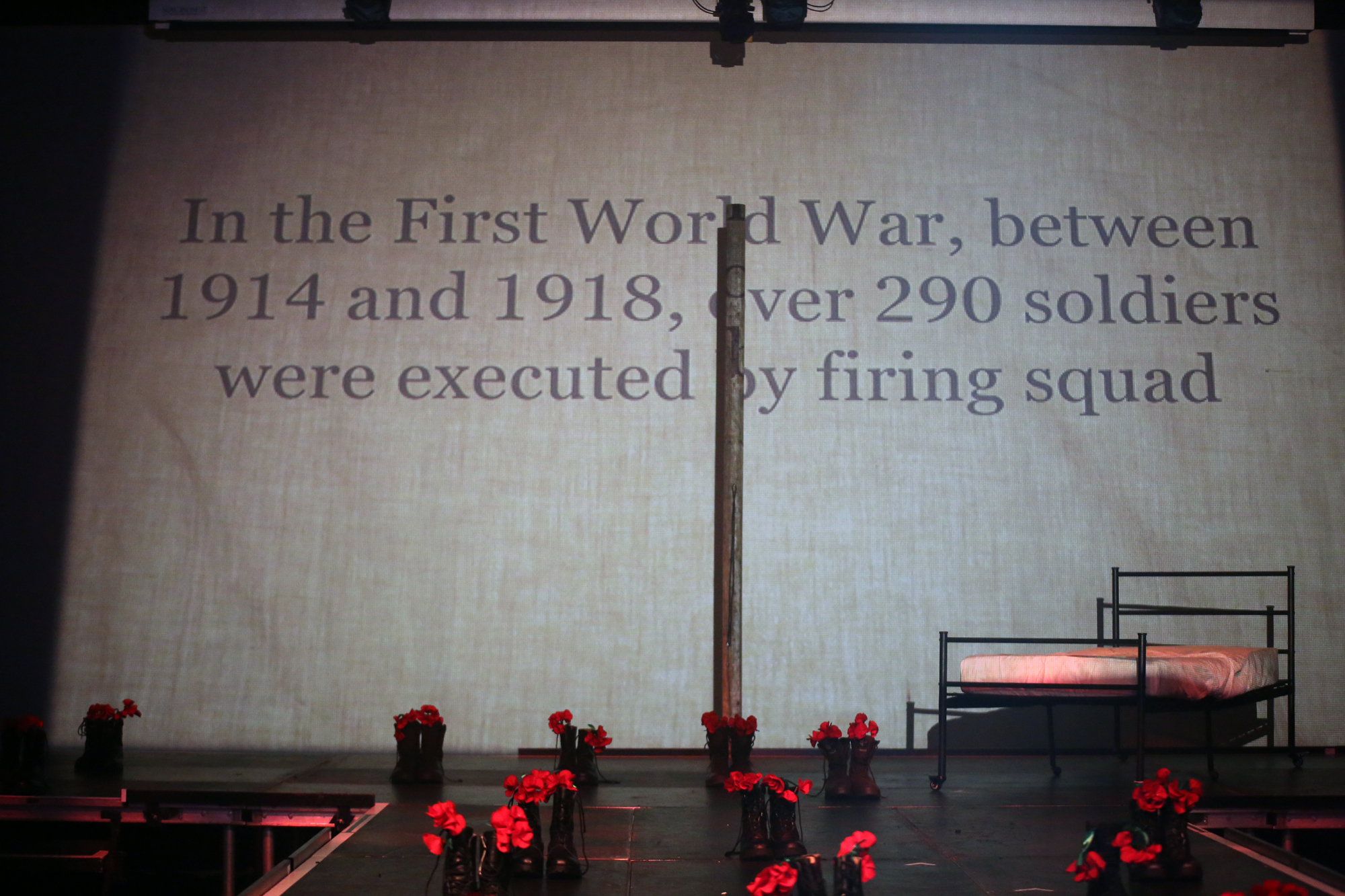