On Wednesday 3 February, Pupils and Staff took a break from virtual learning by having a well needed rest from the working from home screen routine.

Breaking the Screen Routine Day was all about being active, creative and mindful as well as enjoying hobbies and time with family members. As a School, we have found the feedback from pupils, parents and staff members alike to be incredible and we are so pleased that so many members of our community were able to benefit from the day.

One such pupil is Year 8 OJ, who was certainly busy throughout the day!

Who would have thought that just twelve months ago, a day without screens would incite such excitement? When the announcement was made, ideas instantly spawned and whizzed around my brain. I was super-excited; could I create the Globe Theatre out of matchsticks, plough through the next book in my current series or build a bug hotel? All of these ideas were instantly cast aside as I watched an episode of the Bake Off while reading a book I got for Christmas, about the Elements. I had my ‘eureka‘ moment; I could combine these two loves and bake the entire Periodic Table out of biscuits. What was better, I could then eat it! Win, win all round! 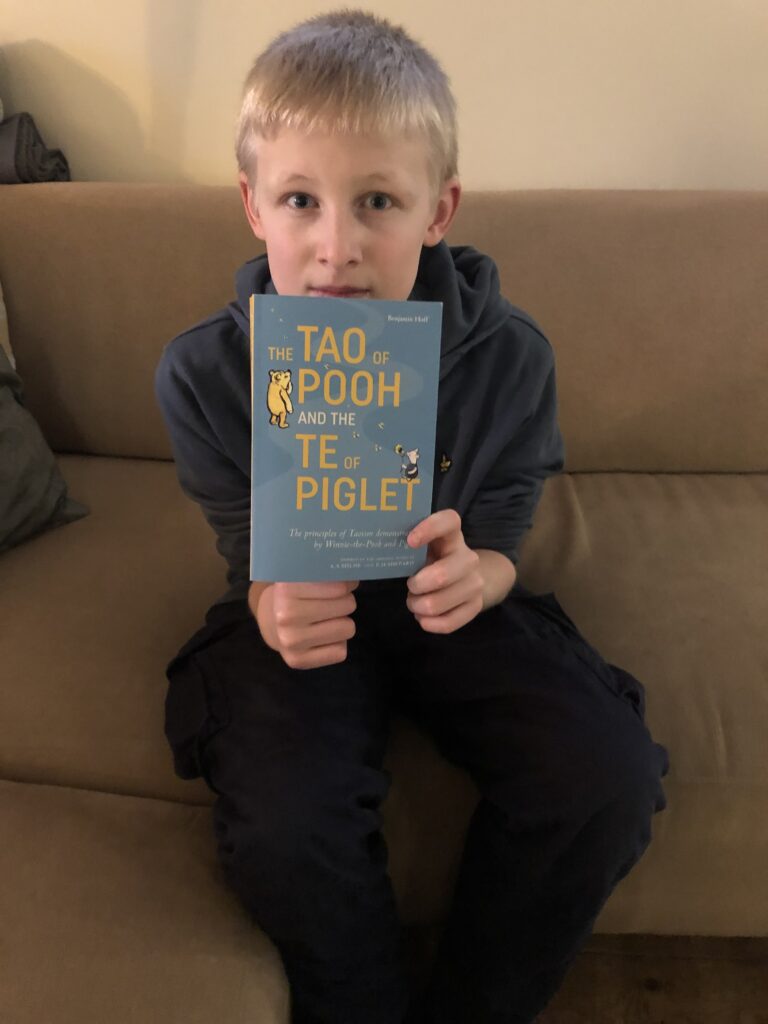 I started the day as I usually do with my 5k run around the Cricket Green where I live. A chance to clear my head and dream of eating all those biscuits I was about to bake. As I waited for the morning family chaos to clear, I read the first few chapters of ‘The Tao of Pooh and the Te of Piglet’, a book I had been promising myself to read in memory of my late Uncle but never get round to reading. I still need to get my head around what a cuddly, Golucky bear has to do with vinegar tasting!

The kitchen is ready for me so I don my apron in preparation for the mass cookie bake. I spent the morning baking vast amounts of biscuits to make the table with; each cookie was measured and cut to size, so they slotted together properly. The time flew as I got lost in podcasts; initially on topic about different elements but then moving on to ‘50 things that made the Modern Economy’ with diverse facts about blockchains, canned food to even sewing machines and pencils. 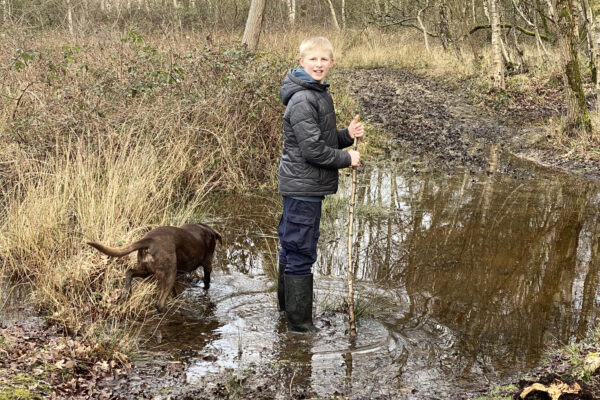 After grabbing a quick sandwich, my Mum, brother and I strode out onto the Heath for a walk. Staggering onwards with a stick to help me keep a steady footing in the thick, slippery mud (for some reason we were the only ones out), we got a rare sighting of a stag frozen in amongst the gorse on the gloopy path, watching us with the same interest we watched it. As we neared home, we stopped to collect some more twigs and bits and bobs to build our miniature shelters – a challenge set by Capt. John and something I’ve wanted to do but never seemed to have the time. We arrived home to see we had achieved 4.95 miles, which was an amazing achievement considering the terrain. 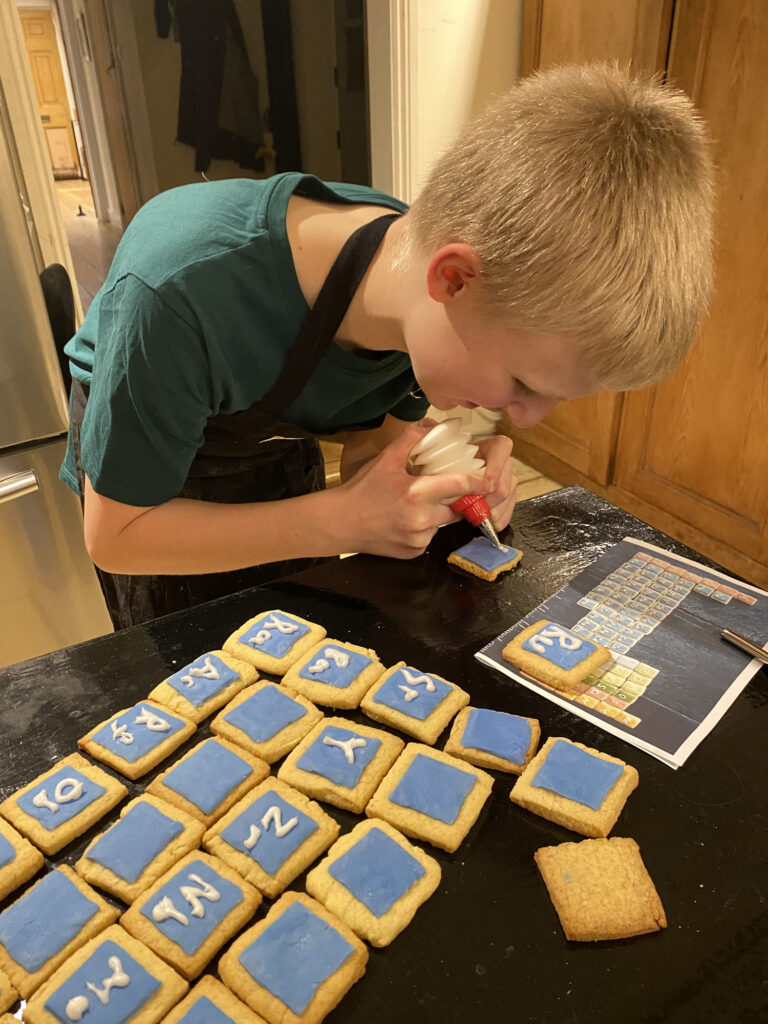 After a quick wash up and with aching legs, I started the final stage of icing my Periodic Table. First, I rolled out sheets of blue icing to cover the central part; all to the same thickness, using a small ruler to cut the squares. The middle bit started to take form. As I worked, my family started to appear from work or school, so we turned up the music, each taking a turn to choose a song.

By this point, my Periodic Table was almost complete, it was just missing one crucial element: the writing. I began to pipe the letters on, and it suddenly came to life – a recognisable Periodic Table. By the time I had finished, the sun had set. I just had to wait a few more agonising minutes whilst Mum took photos and then finally, I could tuck in. It soon became apparent, even after a massive hike, that I could not eat my way through so many biscuits. I decided to give away some and deliver bags of biscuits to neighbours and friends in the village. Thanks soon started streaming in – ‘I never knew aluminium was so tasty’ and ‘Eating Ruthenium was a first’ were my favourites.

Who would have thought just a surprise delivery of a few biscuits could cheer people up so much – these are strange times. I know people say it all the time, but life really is all about those simple things… as for me, perhaps next time I write, it will about my time as a contestant on the real Bake Off, reminiscing about the time we were locked down and I decided to bake the entire Periodic Table!