Just before the half term break, Blue Coat was able to host its first live music event since the Spring Term of last year. After 17 months without an audience, Director of Music Mr Richard Meehan was delighted to welcome guests to the Jubilee Garden on the evening of Thursday 27 May.

The evening opened with the Combined Forces’ rendition of Mr Meehan’s own 60s Caper, the fourth movement of the Aldworth Suite. Made up of musicians from Years 7 and 8, the Combined Forces lived up to their name with a strong opening number, before compere Harry John introduced Year 7 Zen Aizawa, performing Vivaldi’s Concerto in A Minor on his viola. As one of the youngest members of our School community, Zen did a fantastic job and offered a mindful moment after the excitement of the opening number.

Fellow Year 7 pupil, Richard Deeks, then offered a little more variety as he performed Alan Vizzutti’s Funk on his trumpet, before young harpist Henry Clapp gave his version of The Study by Ank Van Kampen. In the setting of the Jubilee Garden, with the hum of bees and chirping of birds, this was quite a sublime moment. Following on was Advey Bharga, who delivered a moving and powerful rendition of Callum Scott’s You Are the Reason.

The tempo was soon upped, as the Combined Forces returned to deliver the third movement of Mr Meehan’s Aldworth Suite, called Enemy in the Distance. Year 8 Harry soon announced the next piece, Year 8 Alan Parra-Manzo’s Gigue by Bach, which was another very strong performance, followed by the second movement of the Aldworth Suite, Easy Mosey. It was very easy to forget, while listening to these versions of well-known classical pieces throughout the evening, that while conducting the Aldworth Suite, Mr Meehan was conducting music that he had written himself!

A real stand out came to the beat of Journey’s Don’t Stop Believin’, performed by the Year 7 Band ft. Year 8 Joel Wilson. Isty Cole, in Year 7, is the perfect example of big things coming in small packages, as he belted out the 80s classic, ably assisted by Joel on the guitar, who stole the audience’s heart with his impressive solo.

Something a little different came from Year 7 Sanay Sadhawani, as he drummed along to System of a Down’s Chop Suey. At this point, the concert was accompanied by the bells at St. Andrew’s in Sonning, which certainly put an interesting spin on the heavy metal song!

Quite the opposite tone came in the form of Year 8 Daniel Willings, who took to the piano to sing Tim Minchin’s version of Quiet from Matilda the Musical. Once the goosebumps had subsided, Daniel made way for George Williams, who took to the drums to drum along to Nirvana’s Smells Like Teen Spirit.

Returning to the stage was Year 7 Isty Cole, who this time took his seat at the piano, to perform an original song called Summertime. The jazzy tune was fabulous and showed real creativity and talent, particularly considering he also sings and plays the violin!

The Combined Forces took to the stage for their penultimate piece, The Orchestral Dance Suite by Mr Richard Meehan, which featured three Year 7 percussionists who each took a turn on the drums. Up next, Alfred Ho on the Piano, who very ably performed Mozart’s Sonata in C.

Young Harry soon introduced the Lower School Choir, whom he soon joined to perform Mr Meehan’s Variations on a Theme of Paganini. The Choir filled the width of the Jubilee Garden, and to see so many members of the Lower School smiling out to the audience was a real treat! Their upbeat and up-tempo singing only stretched those smiles further as the boys were visibly enjoying their time on stage.

Old favourites, The Jazz Cats, came next with a triple dose of good feeling: Surfin’ USA by the Beach Boys, Hallelujah I Love Her So by Ray Charles and Ben E King’s Stand By Me. This paved the way perfectly for the final act of the evening, which saw the return of The Combined Forces as they performed a school favourite, Elton John’s Crocodile Rock.

This was such a wonderful event, not only thanks to the good weather, beautiful setting and Mr Meehan’s impeccable organisation, but because we were able to welcome families and friends of the School back to Holme Park for the first music event­ in 17 months! Though it looks as though this phase of the Government’s roadmap out of Covid-19 restrictions has been extended, we remain hopeful and optimistic that we will be able to welcome back more members of our community in the months to come.

For the tireless behind-the-scenes work, thanks must go to Mrs Fiona Pringle and Mrs Lynn Jones for their organisation, to the IT Department, Mr Chris Bond, Nathan May, Josh Hines and Sidni Brener for their technical support, and to the Grounds and Maintenance Departments for making the Jubilee Garden such a welcoming setting for an evening of wonderful music. Well done to all of the Lower School pupils for being involved so diversely, and for performing in front of a live audience with such professionalism and confidence. 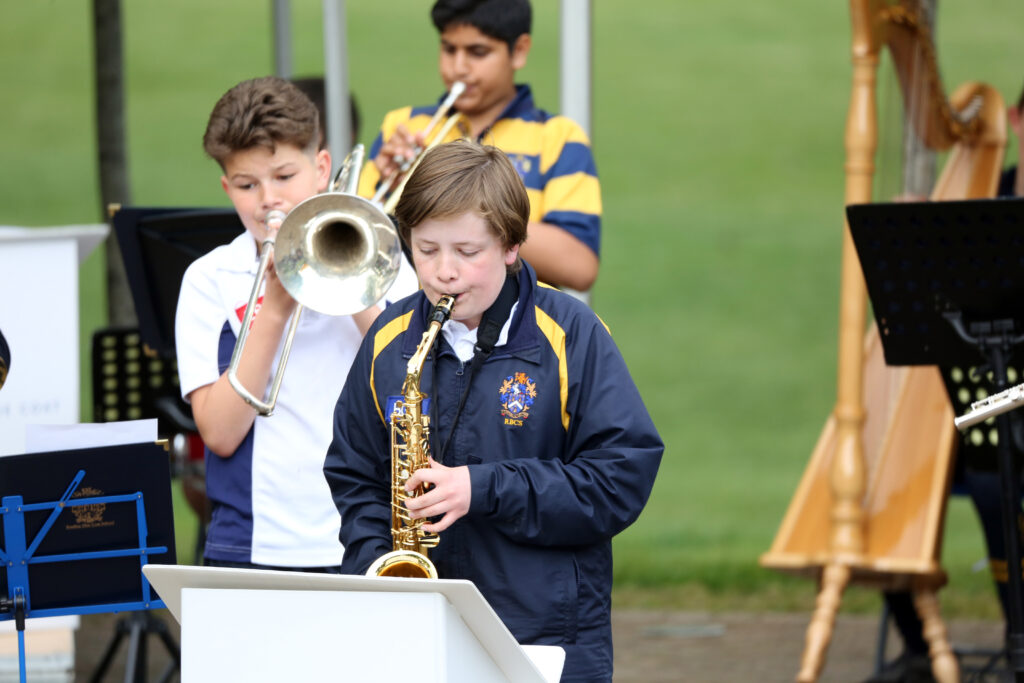 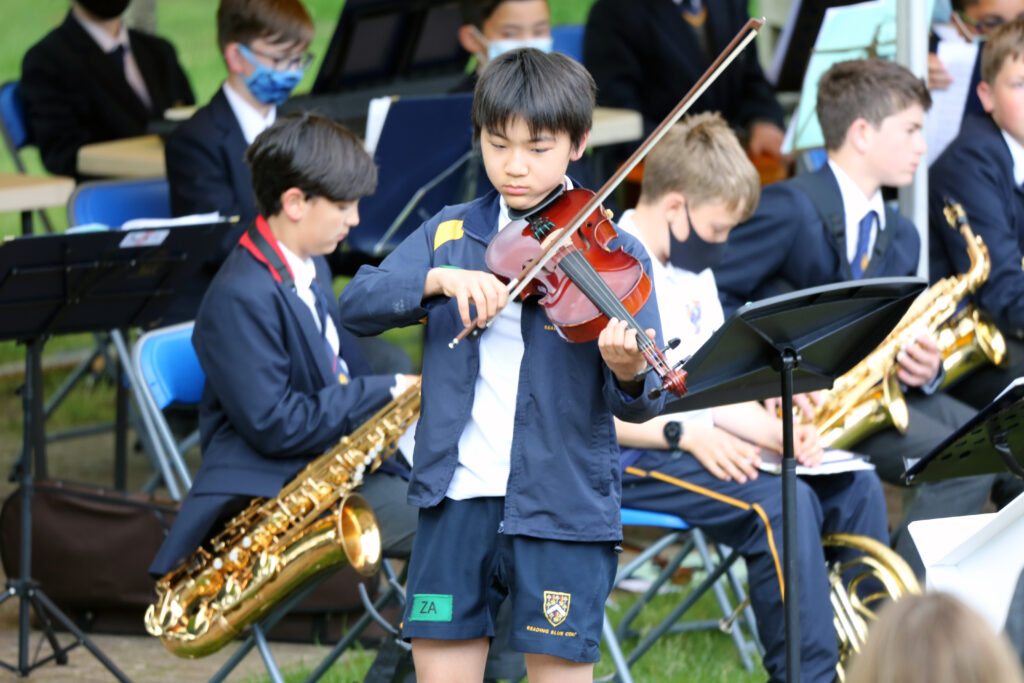 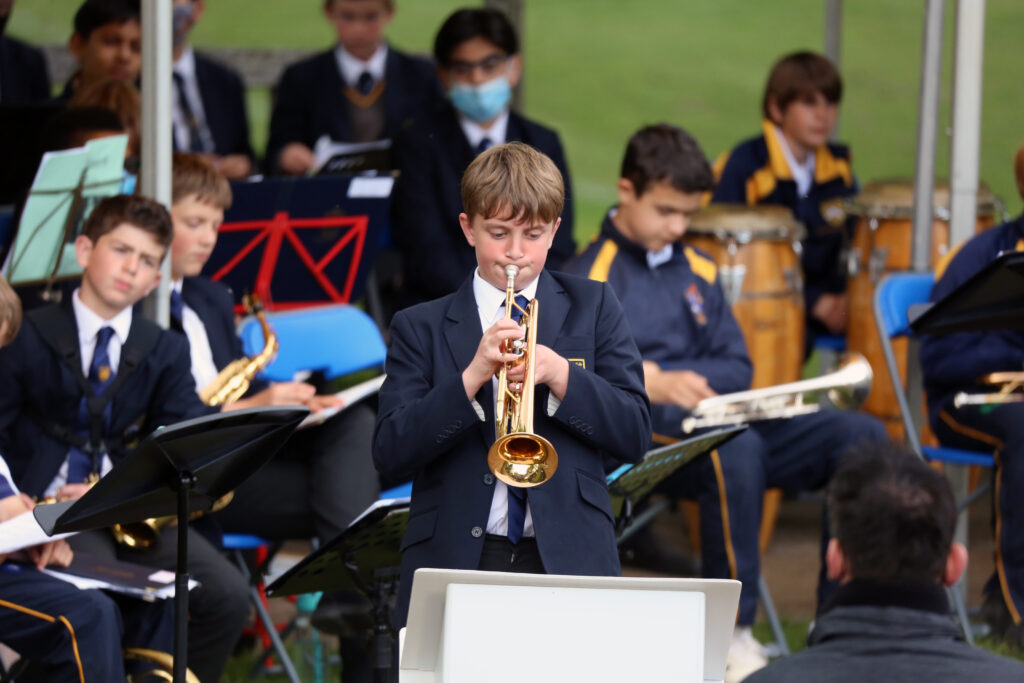 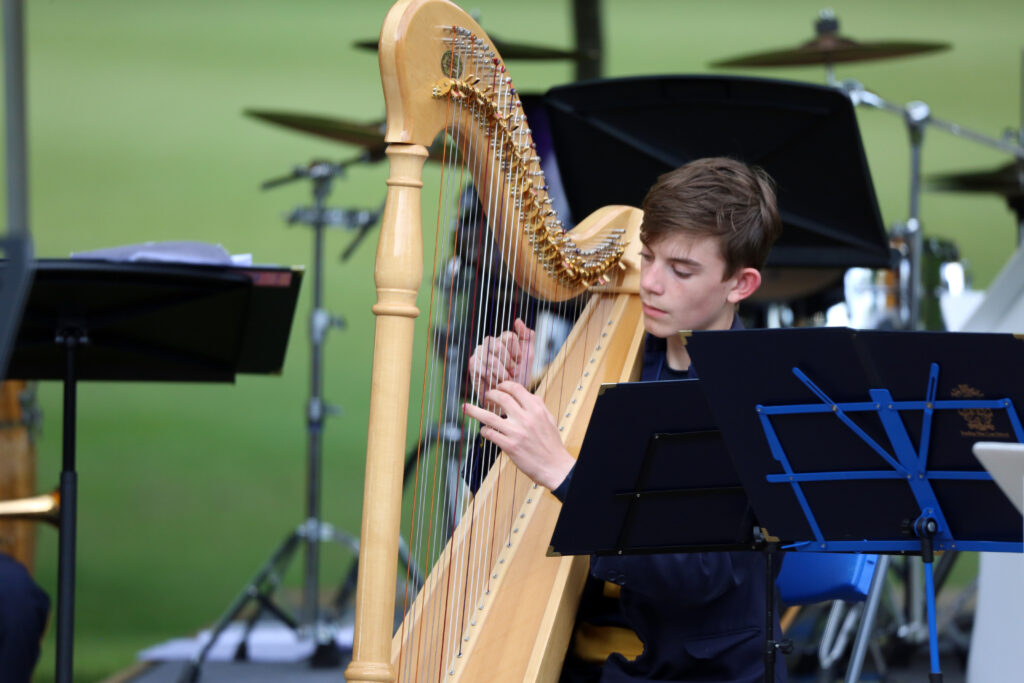 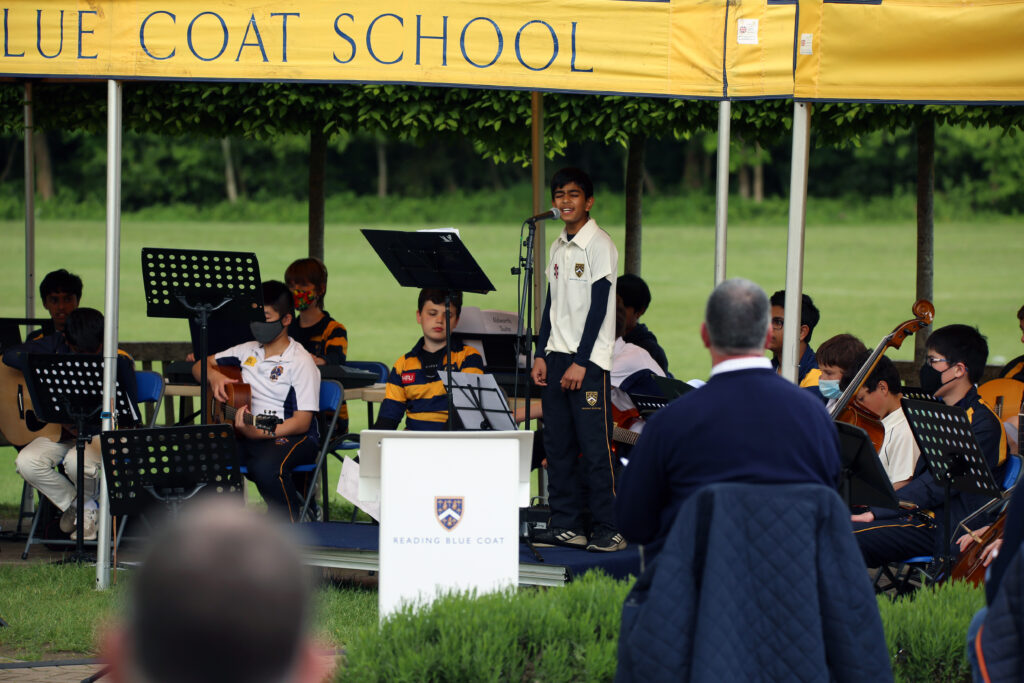 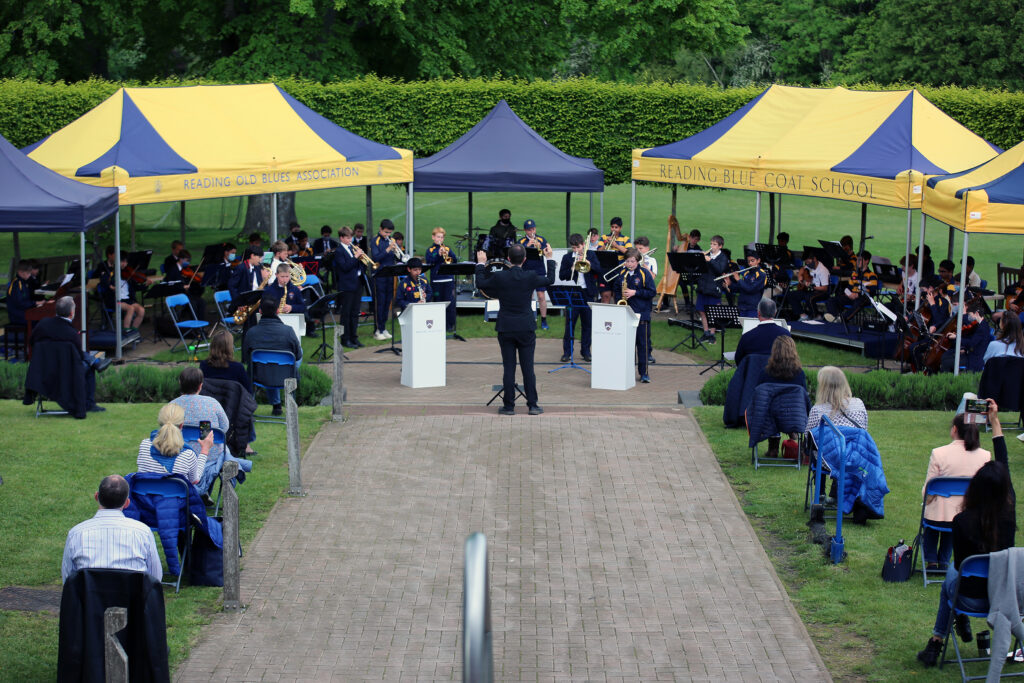 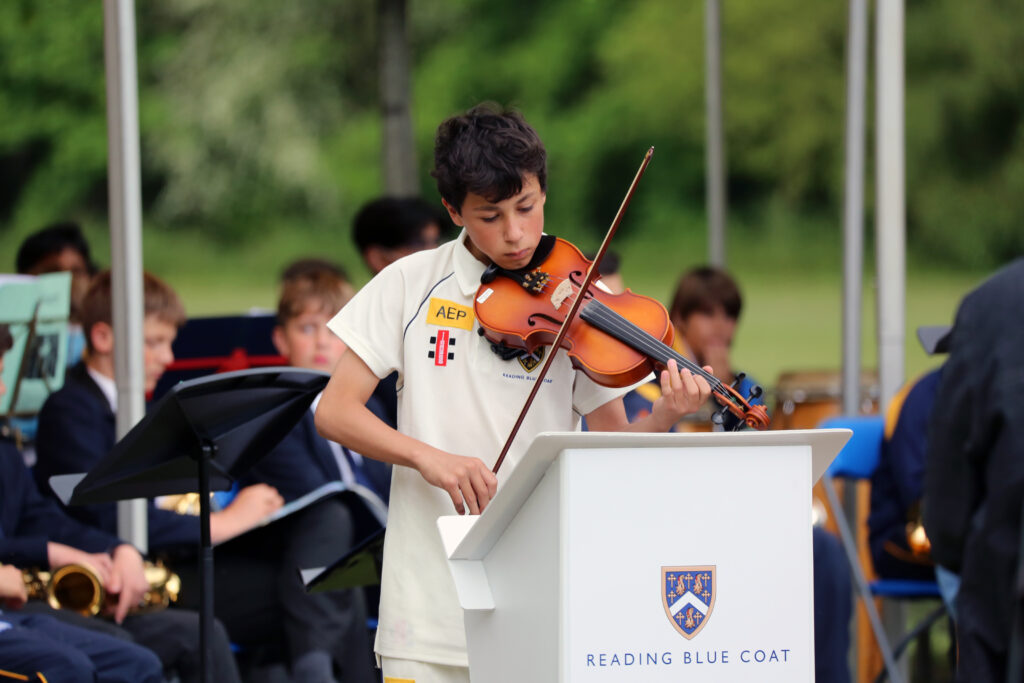 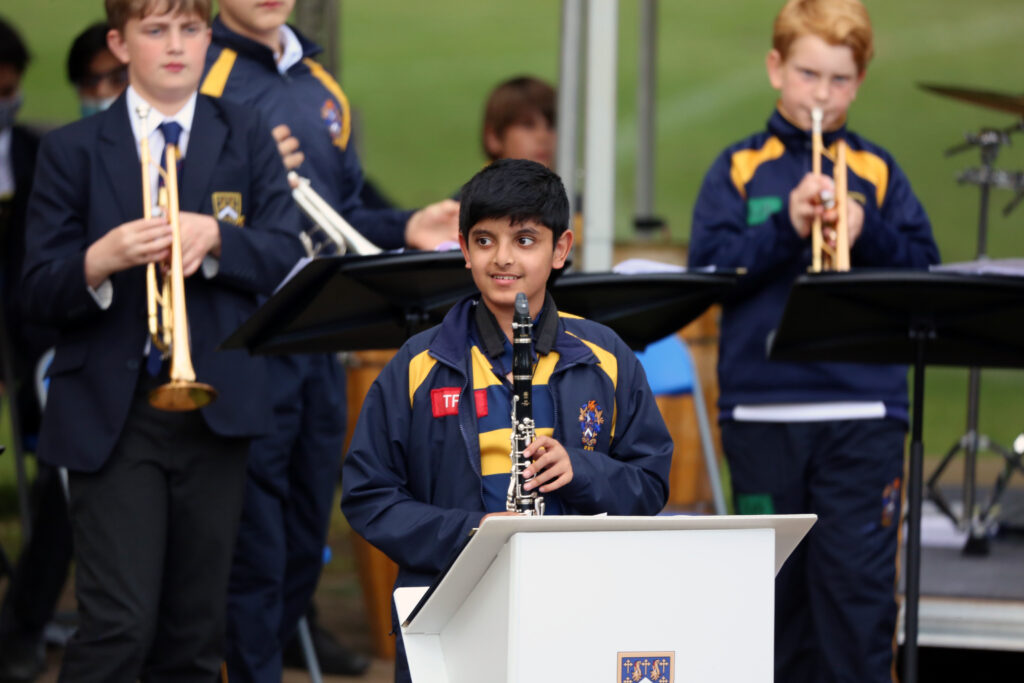 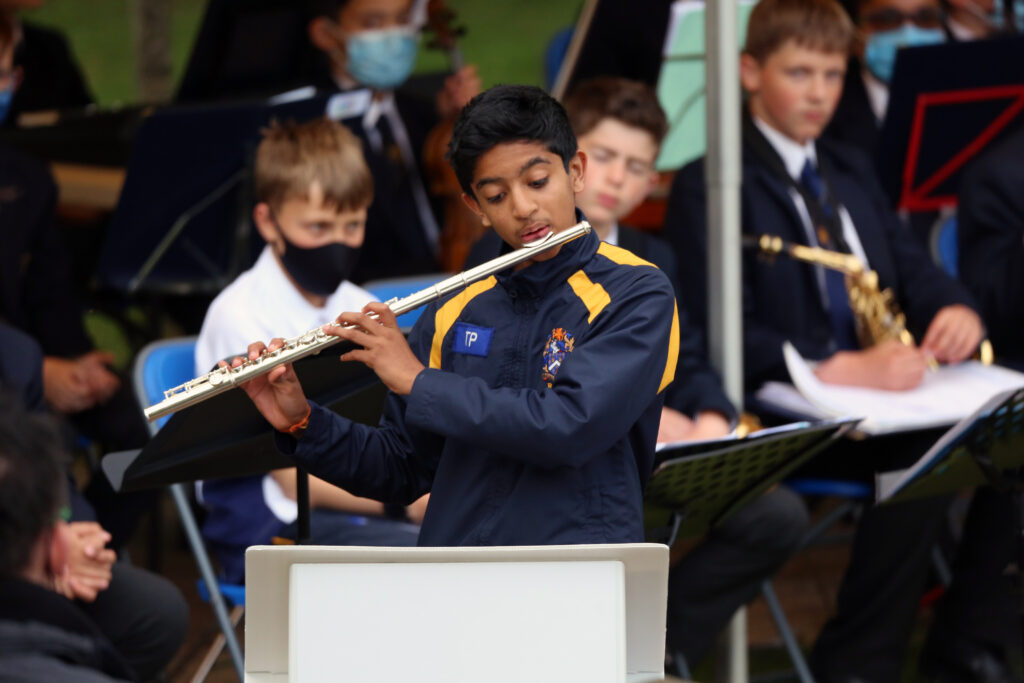 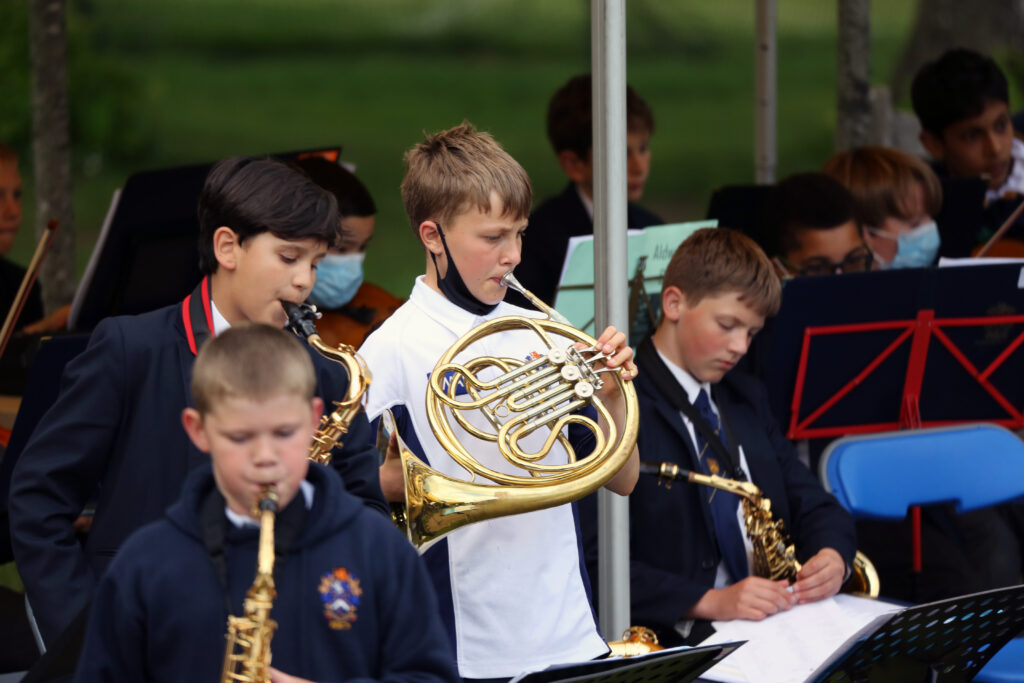 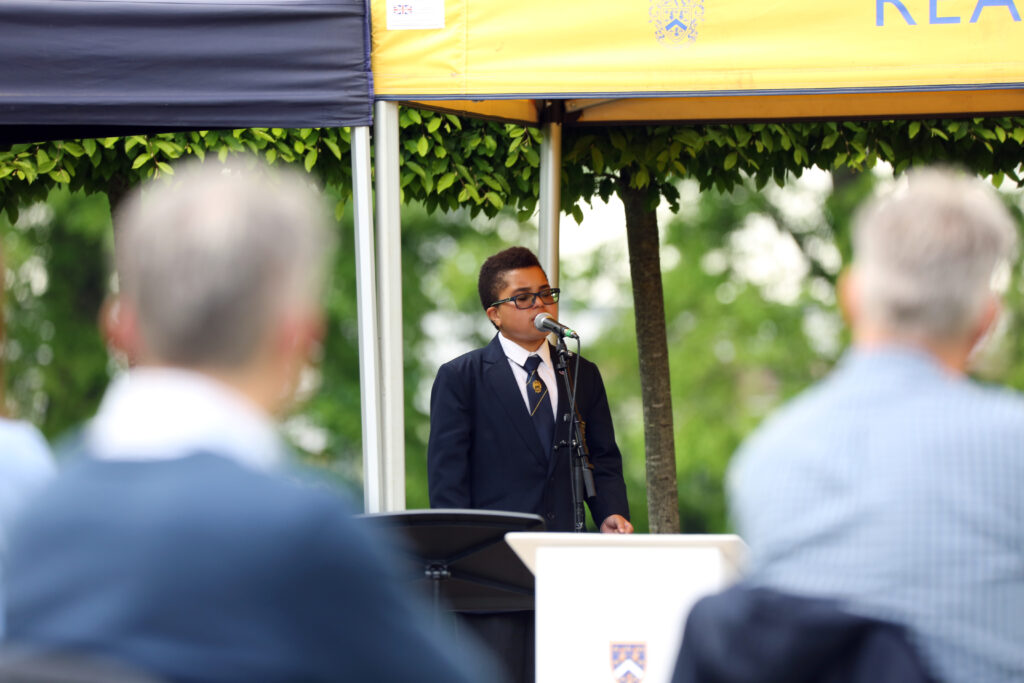 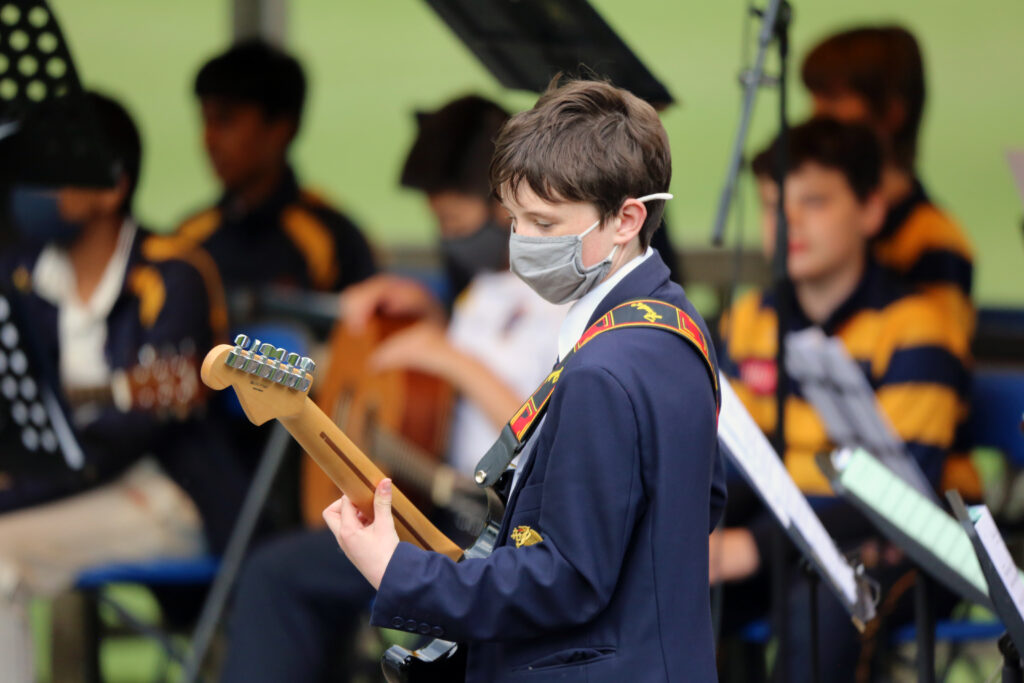 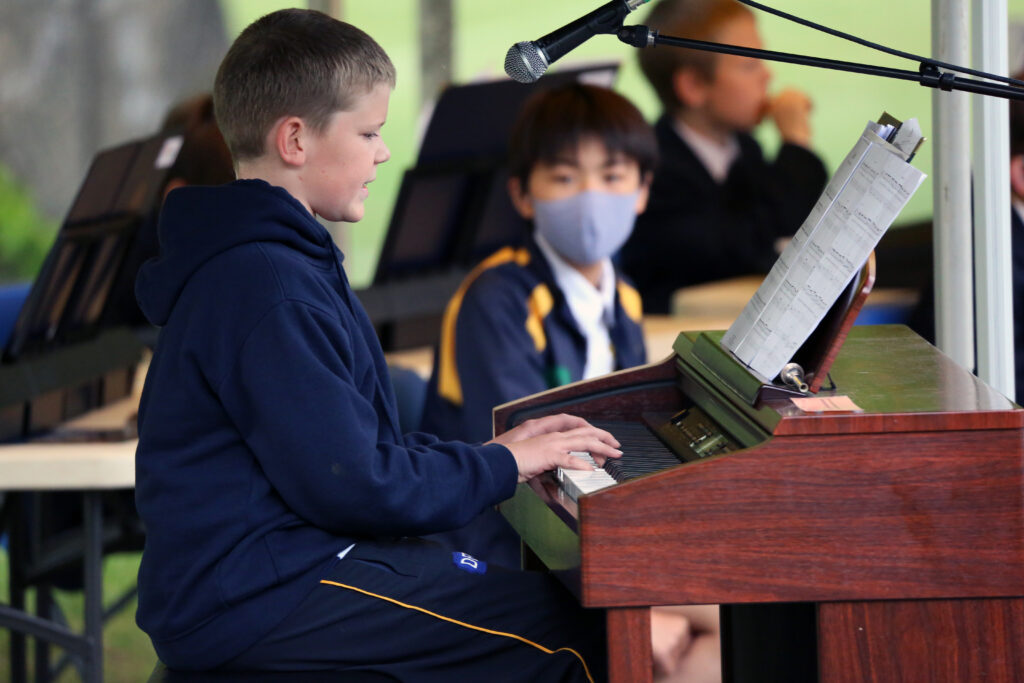 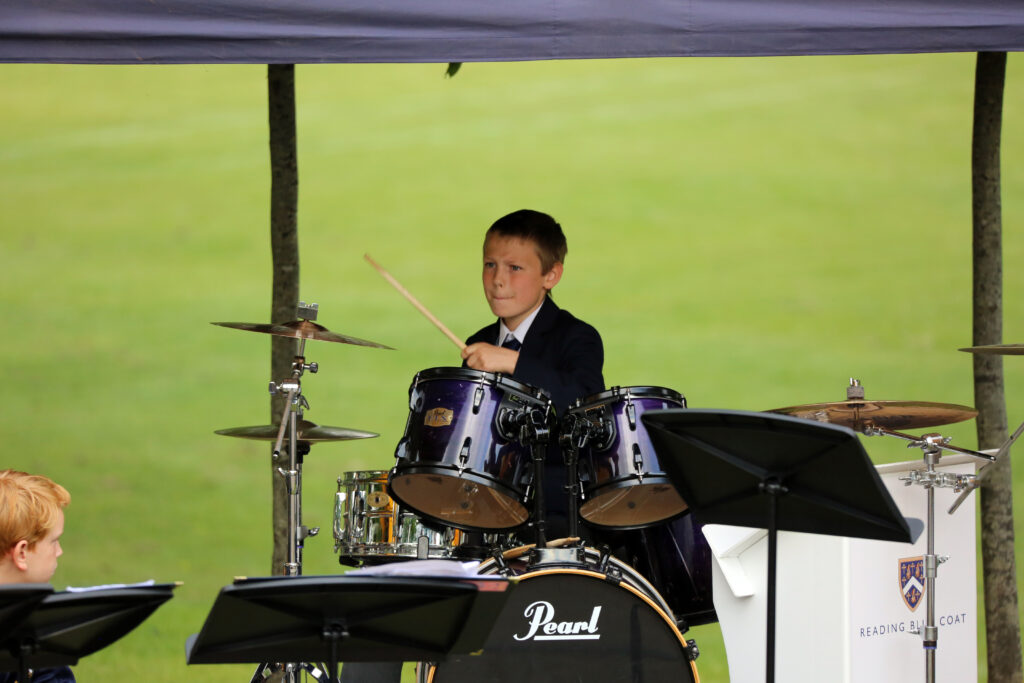 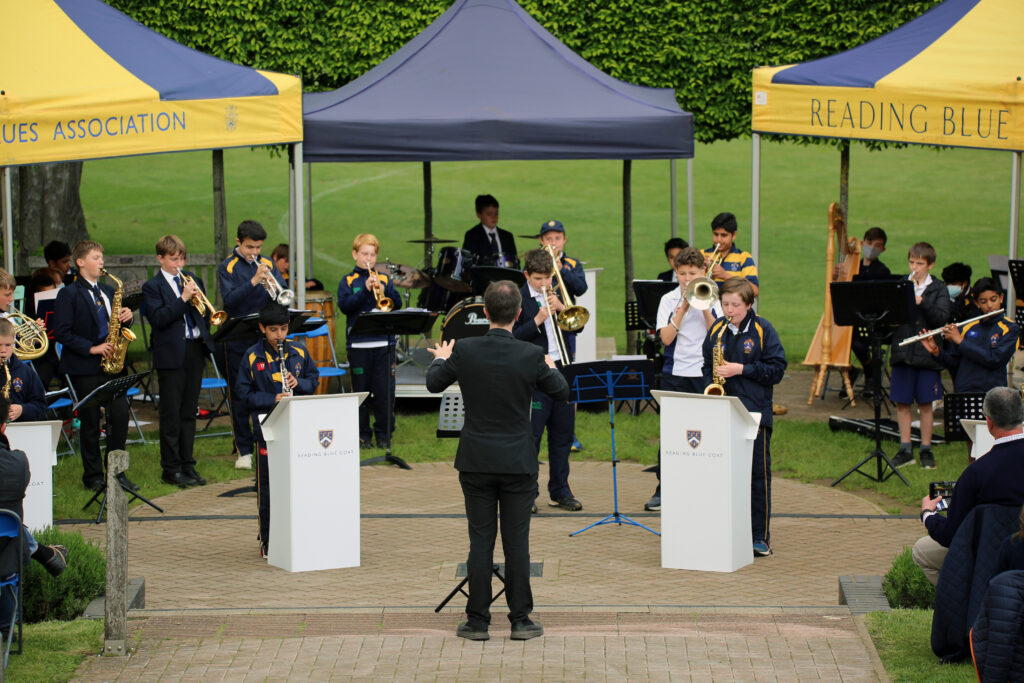 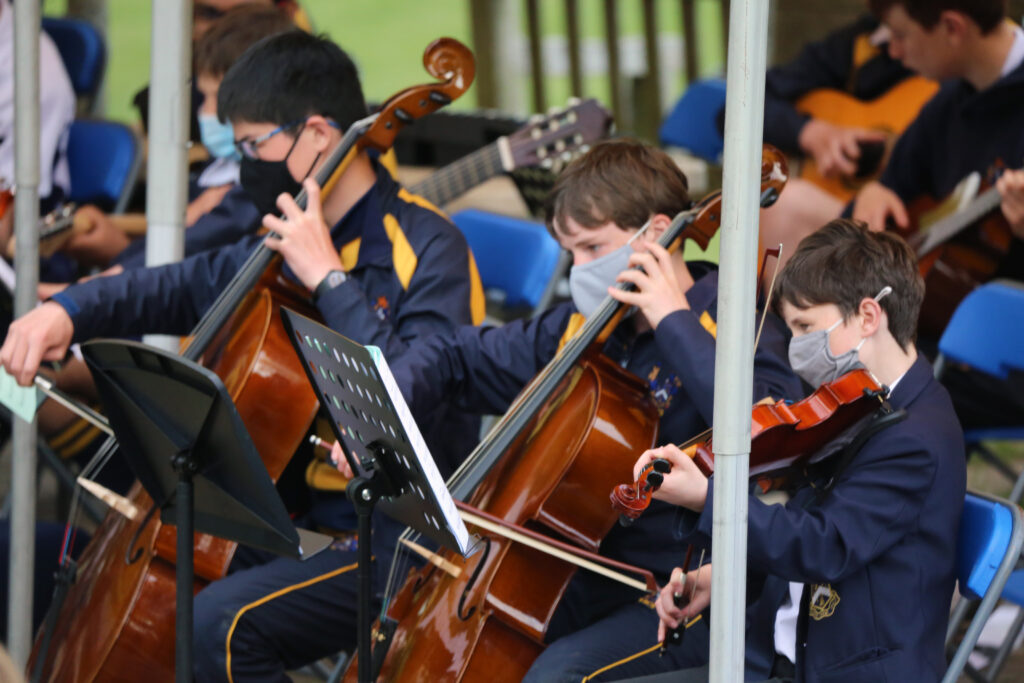 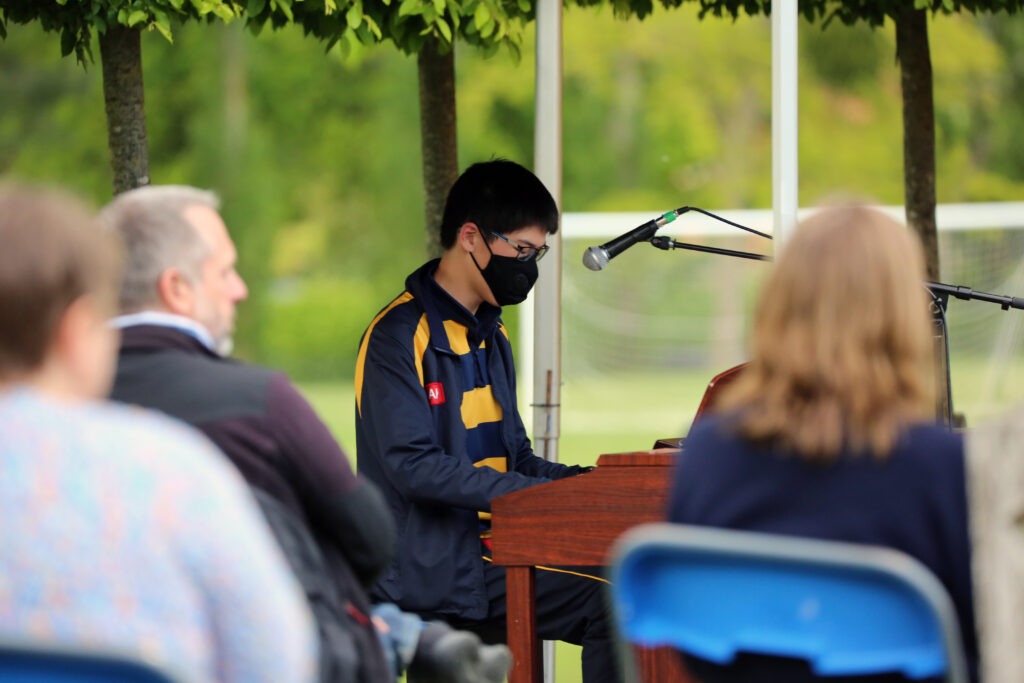 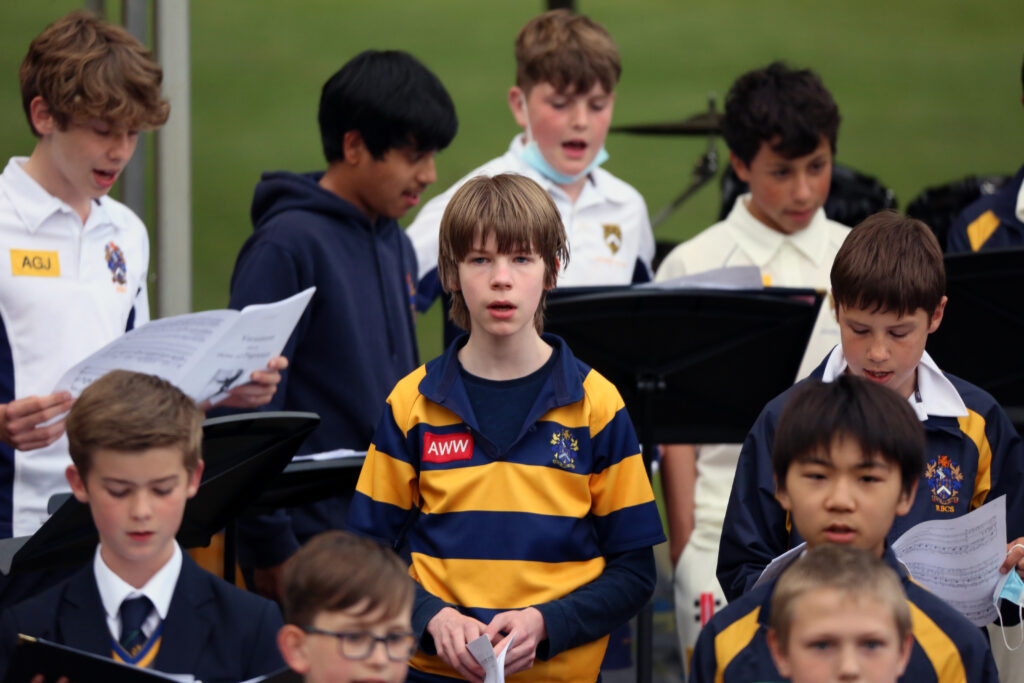 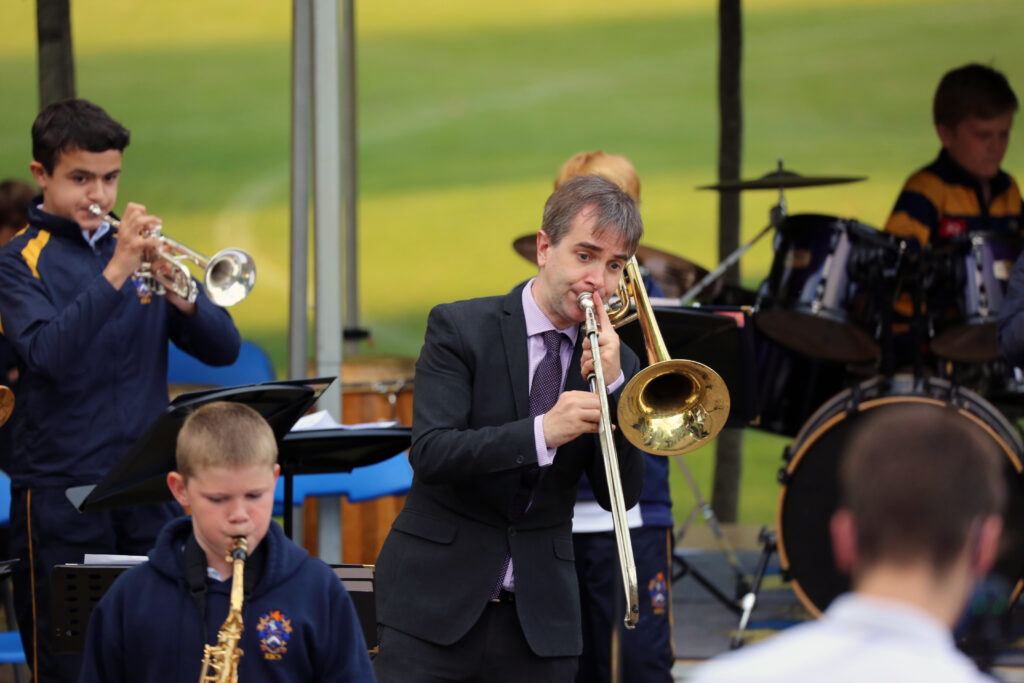