On Thursday, 17th January, Blue Coat’s Lego Robotics Club sent two teams to Bristol to compete against 18 other schools in the regional robotics league, First Lego League UK.  After a shaky start, both teams’ robots put in good final round performances to jump up the leader board. Our Junior team, Yugfew, who had not attended the competition before, came a respectable 12th, whilst the Senior team, Blue Streak, drew on past experience to make the quarter finals for a second year running.

This year’s theme was ‘Into Orbit’, for which each team had to design and  present a solution to a problem encountered in space.  The judges were impressed by the Junior team’s ‘artificial gravity wheel’ and the Seniors’ ‘3D pr 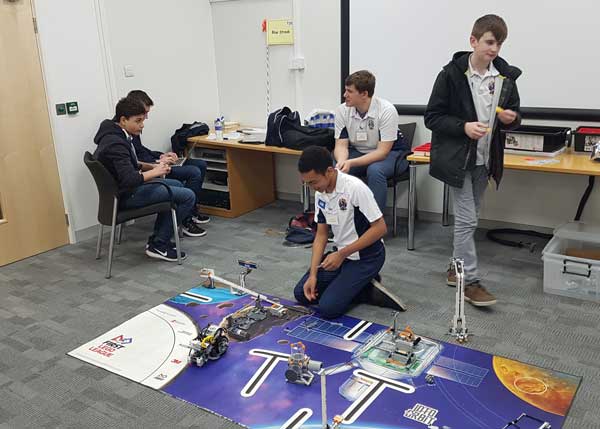 Well done to all the boys for their effort, enthusiasm and teamwork.  Team RBCS will be back next year. – Mr Gilbertson, Lego Robotics Club organiser

The importance of co-curricular The Pupils’ Learning Council celebrates three years
Book an open event Apply online Keep exploring
We use cookies to ensure that we give you the best experience on our website. Click on the 'X' to accept our use of cookies, or 'Learn more' for more information. Learn more