Learning about Latin in Londinium 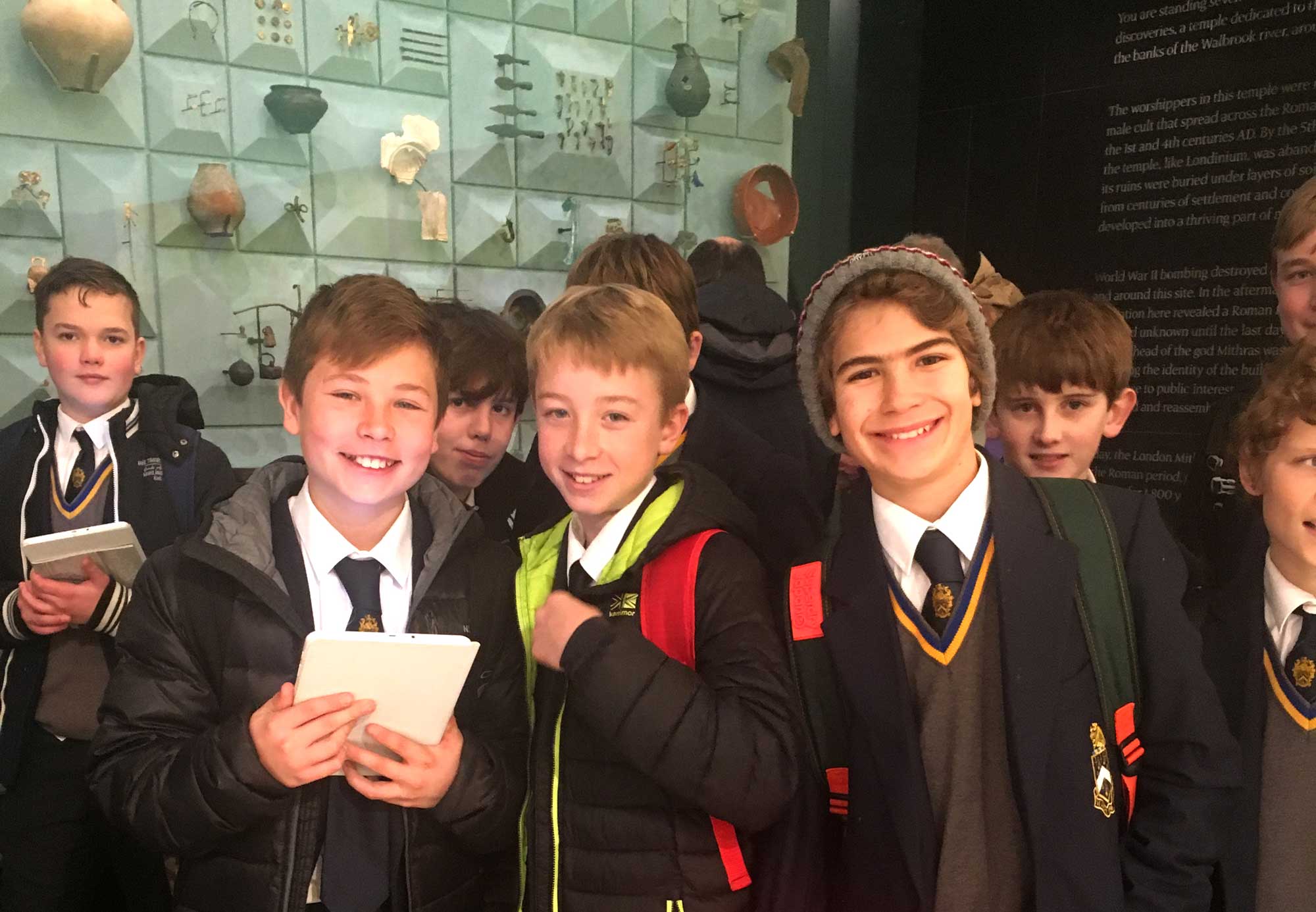 ‘Tauroktony’ was the word of the day for the Year 8 Latin students as they looked around the temple of Mithras in the city of London on 11th January. This is the word which is used to describe the sacrifice of a bull – a ritual in which the Roman soldiers of Londinium used to engage on a regular basis.

Thanks to a £350 million redevelopment of their European HQ, Bloomberg have kindly restored the temple to its original site – and much more besides. On entering, we were given computer tablets to examine 600 Roman artefacts discovered in the works on the new building. The actual items were in a wall display in front of us.

We then viewed an audio/IT presentation on the facts and figures relating to the temple, which was discovered on a bomb site in 1954. The head 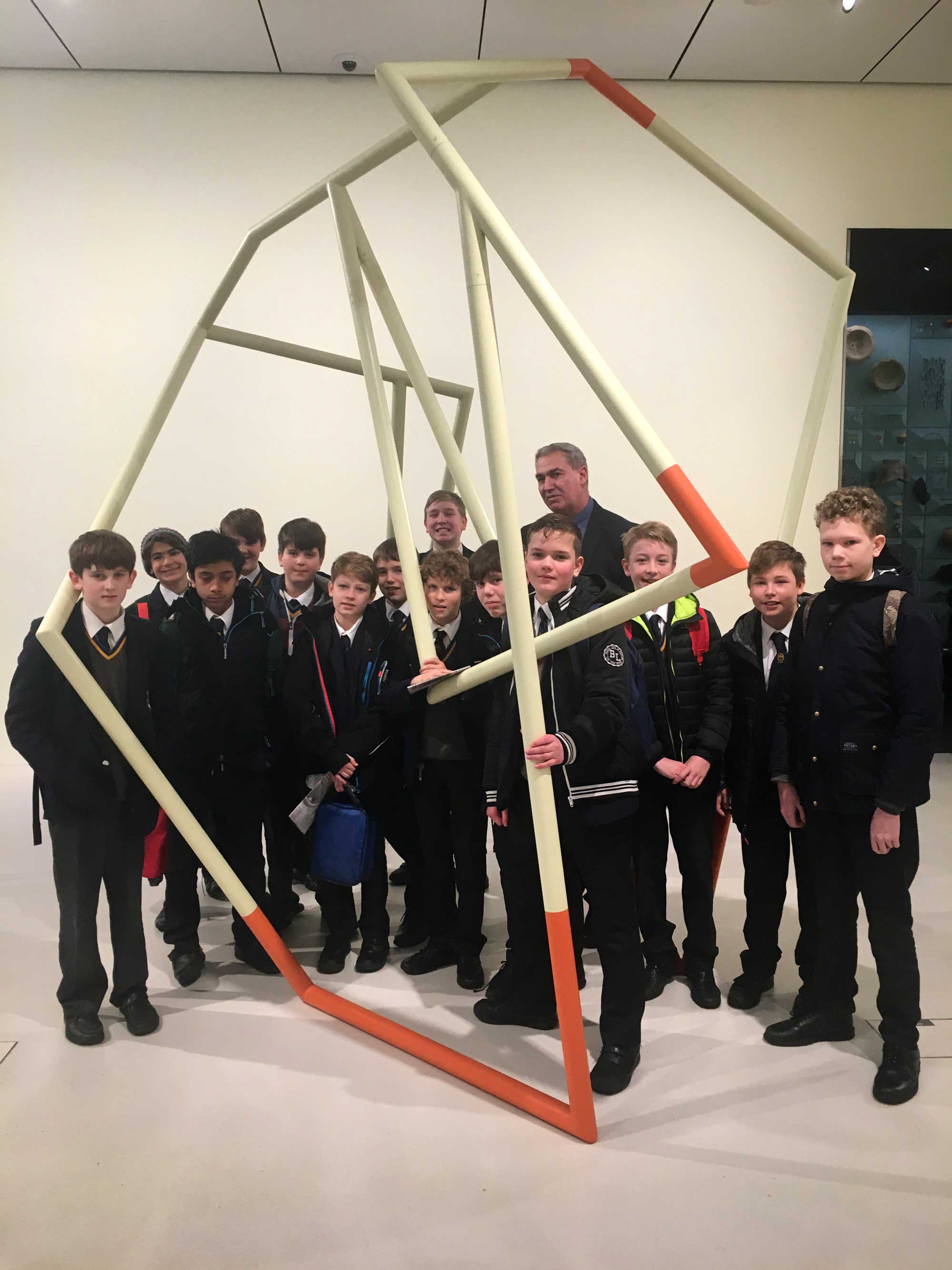 of Mithras was discovered on the last day of the dig – otherwise we would still be very much in the dark about this mystical Persian god.

Finally, we descended to nine metres below ground/Roman level to see the immaculately reconstructed temple, which is very cleverly presented, with the use of sound and lighting effects to evoke the mysterious atmosphere of what went on there.

A century or so later, the temple was taken over by the god Dionysus – and the statue of the tauroktony was deliberately placed face down and covered up, as the soldiers now preferred to worship the god of wine.

Leaving the temple, we headed off deeper into Roman London to the Guildhall. The boys observed a circle marked on the paving which represented the outline of the Roman amphitheatre at modern ground level. We then went inside and down to Roman level again and saw the actual remains of the amphitheatre, including the drains which were partly to remove the blood of the gladiators! Upstairs in the modern world again, we had a brief look at two very nice Pre-Raphaelite paintings by Millais and Rosetti and an enormous painting of the Spanish attacking Gibraltar – it was so big, the building was designed to fit the painting.

The boys stopped for lunch on the corner of the Roman fort of Londinium where the foundations of the Roman walls are to be seen.

Our final visit of the day was to the Harry Potter exhibition at the British Library. JK Rowlng studied the same subjects at the same university as I did, and I believe Albus Dumbledore was modelled on our Professor of Classics! The boys picked up on all the Latin in the spells and character names and enjoyed the interactive displays immensely. A great day was had by all.

Sleep Out raises more than £6,000 for Launchpad charity Members of the new Falconry Club get up-close with raptors
Book an open event Apply online Keep exploring
We use cookies to ensure that we give you the best experience on our website. Click on the 'X' to accept our use of cookies, or 'Learn more' for more information. Learn more