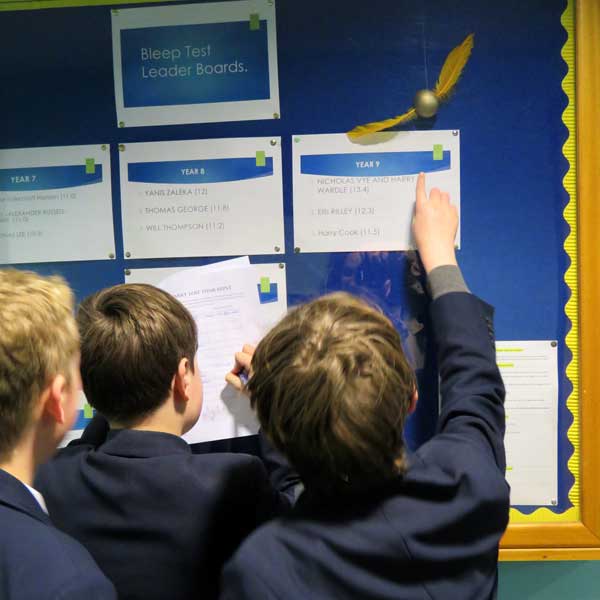 On Friday 2nd February, the Library held the inaugural RBCS Harry Potter Treasure Hunt, and lots of fun was had by all participants across the school. Participants were tasked with finding different lost objects from Hogwarts (Broomstick, Philosopher’s Stone, Hedwig the Owl, a Dragon’s Egg and a Timeturner) as well as 12 different quotes from the series, which were hidden at various locations around the school.

Participants threw themselves into the challenge with gusto, with the competitive side of many becoming clear. Everyone looked high and low, inside and outside of the buildings until all the items were crossed off their lists.

The hunt proved to be a popular event with both pupils and staff. Librarian Miss Knight commented: “It was great to have so many pupils taking part and talking about books!”

Prizes for the event included Bertie Bott’s Every Flavour Jelly Beans and Chocolate Frogs, and every participant received a certificate for their hard work.

Toddler to Teacher – who can you recognize? Author JS Landor inspires our students
Book an open event Apply online Keep exploring
We use cookies to ensure that we give you the best experience on our website. Click on the 'X' to accept our use of cookies, or 'Learn more' for more information. Learn more